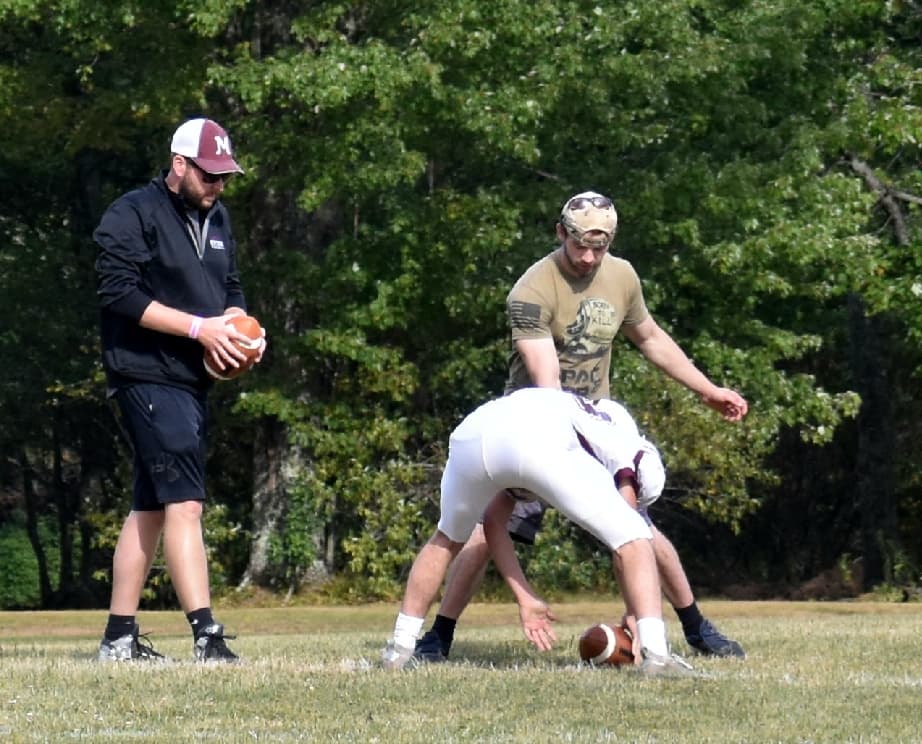 At Montrose Area, the phrase has taken a new meaning as the district looks to revive the beleaguered program through a different approach.

The Meteors will play an independent schedule for the next two seasons, which means they won’t compete in the Lackawanna Football Conference or PIAA District II Class 3A as a full member.

The school’s administration made the decision to go this route in attempt to resuscitate a program that has struggled with just one non-losing season record in the past two decades.

With that idea in mind enters Steve Hinds who has returned to his alma mater help rebuild the team. Hinds played with Montrose for four years, graduating in 1982, and he is encouraged by the progress the program is making so far this season.

“I’m very happy where we’re at,” said Hinds. “We’ve got 24 kids and we are making progress daily.”

Half of those 24 are seniors who have been asked to compete knowing that they will not be eligible for District playoffs or play a complete 10-game schedule.

“It’s a process,” said senior lineman Rich Purdy. “We understand what’s going on and we want to do all we can to keep this program going.”

“We want to help establish something, look to get better and help the younger guys become better than us,” said senior quarterback/running back Kaden Bomboy.

During the first two weeks of practice Hinds has been encouraged by several things. “I really like our skill players,” said Hinds. “If we can stay healthy and develop our line and get schemes down, we can get better.”

The Meteors cancelled their scrimmage with Towanda this past Saturday and will open their season at Susquehanna in the annual Bluestone Game.

No matter the situation players and coaches are appreciative of the efforts being put forth and what the new coaching staff is bringing to the program.

“The coaches are doing a great job working with guys and helping us improve,” said senior lineman Derrick DeMann.

“We have a solid core of 8-10 guys who have been working hard all off-season and carrying that into camp,” added Hinds.