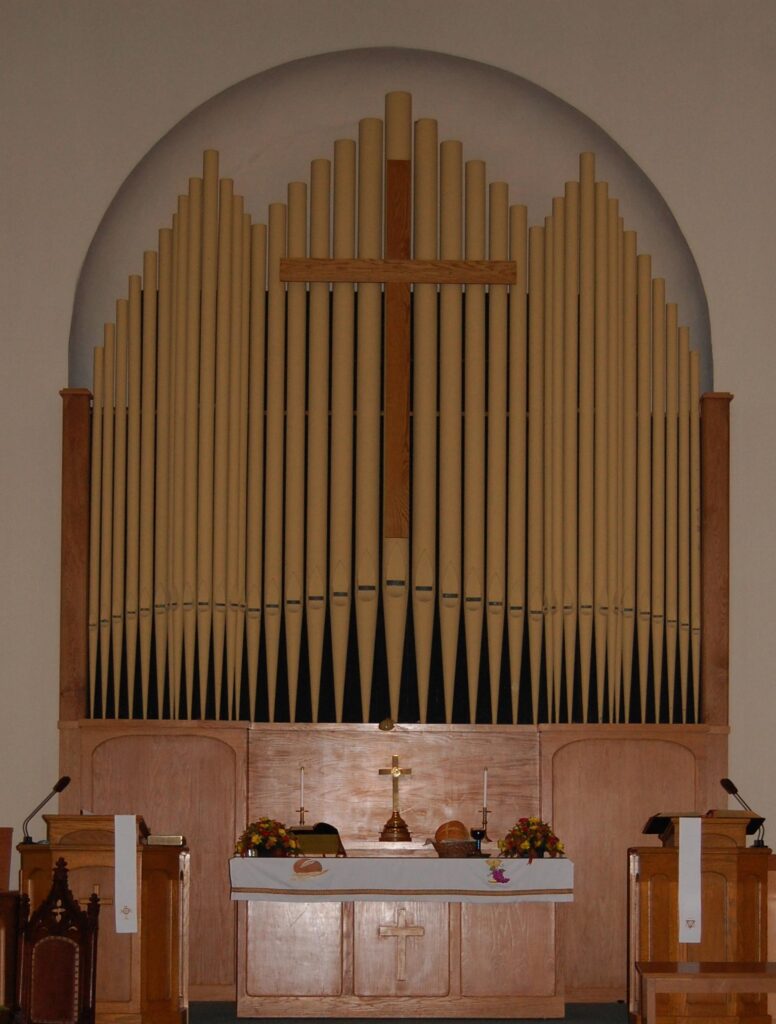 Parts from the pipe organ of the former Montrose UMC have found new life at a Hancock, NY church. An organ dedication ceremony was held on Sunday, Sept. 18, at Emory UMC, at 3 p.m., and feature local performers Richard and Evelyn Van Auken. PHOTO COURTESY JOANNE SIVERS

As the Montrose United Methodist Church ended its services as it merged with the Fairdale church in 2020, the sanctuary’s pipe organ fell silent.

But parts from the organ have found new life at Emory United Methodist Church in Hancock, NY, and a program honored the role of the instrument in a performance on Sunday, Sept. 18, at 3 p.m., at Emory UMC. Richard There will be hymns for congregational participation; solo organ pieces; organ and piano ensemble works; vocal solos and trumpet pieces. Participants in the performance include Richard and Evelyn Van Auken, Beth Glover and John Kurzenberger.

Richard Van Aucken said the Montrose UMC organ was a Tracker Organ built in 1926 by Wm. Staube of Syracuse, NY. It was rebuilt in 1966, bringing the number of pipes in the organ to 1,353. “The music program will provide an opportunity to see and hear the instrument that has been resurrected,” he said.

He played at the last program held at the Montrose UMC before it became the headquarters of Susquehanna County Interfaith.

The console chimes and low base pipes have moved to the church in Hancock. The cost to buy those parts new would have been about $350,000. “It’s a highly mechanized piece of equipment,” Van Aucken said.

Former Montrose UMC organist Louise Smith said she was devasted when she thought the organ was going to be abandoned. “I am so glad that at least parts of that organ will be speaking again.  That organ was like an old friend to me, when it was all working as it should.  An organ is the sum of its parts and I loved how it would just express my soul when I played it just right.

“I felt I worshiped with the things I played.  My goal was always to lead my congregation into worshiping with me through my music,” she said.

Van Aucken thanked Joe Andre for his help in removing the console and huge bass pipes from the church.

The organ now at Emory UMC is a composite of parts from the Montrose church, as well as the Herkimer First Baptist Church.

Sidney Chase, of Worcester, NY, with his apprentice Bryan Spague, are the organ builders.