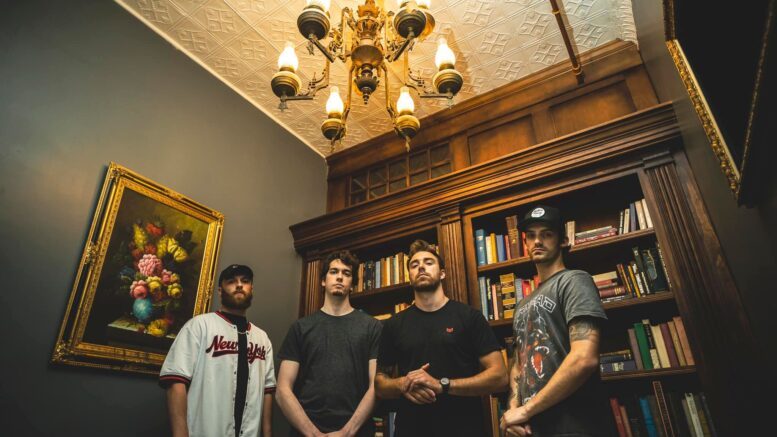 For The Better is comprised of (from the left) Mike Elliot, Kris Rank, Craig Stanley and Jake Pomeroy. PHOTO COURTESY FOR THE BETTER 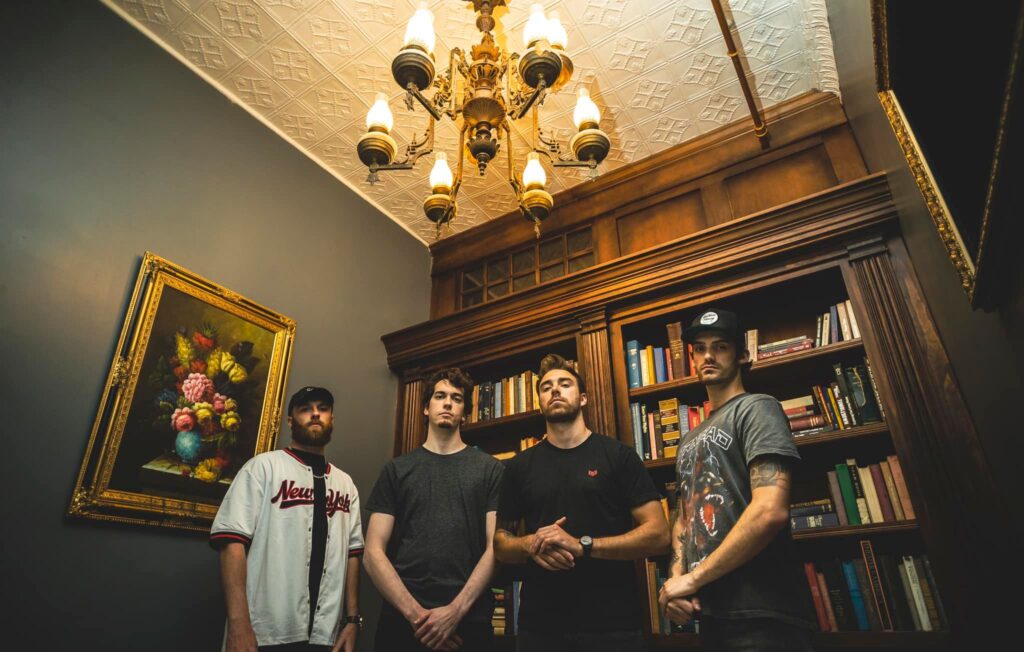 For The Better is comprised of (from the left) Mike Elliot, Kris Rank, Craig Stanley and Jake Pomeroy. PHOTO COURTESY FOR THE BETTER

Two local members of the rock band For The Better and their counterparts from Quakertown and Rhode Island recently enjoyed a once-in-a-lifetime experience when they got to travel to Sacramento, Calif., and perform in the Aftershock Festival.

The four-day gathering of hard rock and metal fans and their favorite artists offered about 12 hours of continuous music per day on four stages in Discovery Park. For The Better (FTB) took to the DWPresents Stage mid afternoon on Oct. 7. Other performers that day included Helmet, Chevelle, Danzig, Lamb Of God, and Kiss.

Being on the roster with such well-established acts – some of whom have literally been around longer than the four members of For The Better – was quite a reach for four musicians who only had one previous live gig under their belts. But they had been steadily building a fan base with their online presence.

Members Craig Stanley and Jake Pomeroy are from Great Bend, where they grew up playing sports together at Blue Ridge High School while also sharing a love of hard rock. They played with different bands from the age of 15 and formed FTB in 2020, inviting Kris Rank and drummer Michael Elliott to round out the quartet. Stanley and Rank had met as teens, playing a show as members of different bands. Elliott was playing in a band called A War Inside when he found FTB online and was asked to audition as a percussionist.

They refer to their genre as metalcore, which Pomeroy defines as a combination of metal and hardcore music consisting of aggressive verses and a melodic chorus. They only play original music, but their influences include A Day to Remember, Avenged Sevenfold, Tool, and The Ghost Inside. They describe their fan base as primarily 18 to 30 years old and evenly male and female.

“Our fans are extremely invested in each member,” Pomeroy offered. “For them, it is more than a band as a whole, and we feel that is important.”

Despite their following, For The Better didn’t make the original Aftershock Festival line-up. They had entered an online contest sponsored by DWPresents on the live streaming app Twitch and worked their way up through the brackets using their social media accounts to draw attention to their efforts.

“Each week, bands would go head-to-head, and fans would vote on who would move forward to the next round,” Pomeroy explained. “For The Better made it to the finals where we faced a band called Out Of Nowhere from Iran. Unfortunately, For The Better lost and fell short into second place.”

One would think that is where the story ends and that the members of FTB chalked the near miss up to experience, simply appreciating how well they did and the fact that they had attracted new fans through the contest. But their fate changed again with a single email.

“Due to the band Out Of Nowhere not being able to afford their visas to the United States, the band was forced to pull out from the festival,” Pomeroy related. “A week prior to the event, we received an email from DWPresents asking if we would like to play the festival.”

The guys were elated, of course, but they were also challenged with raising funds for their trip in short order. With just a week to literally pull their act together, FTB started a GoFundMe account. The band raised $3,000 by advertising on Facebook and getting hundreds of shares through their local music scene.

Once they were at the venue, band members had their own trailer and were given full-access backstage passes, where they were able to see other bands up close and meet a satellite radio personality who had taken a liking to For The Better. Jose Mangin is the program director for SiriusXM and the host of its Octane Radio channel, which focuses on modern hard rock.

“For a band like us from a small town, it was really cool to see how humble he was to take time to have a conversation,” Pomeroy remarked. 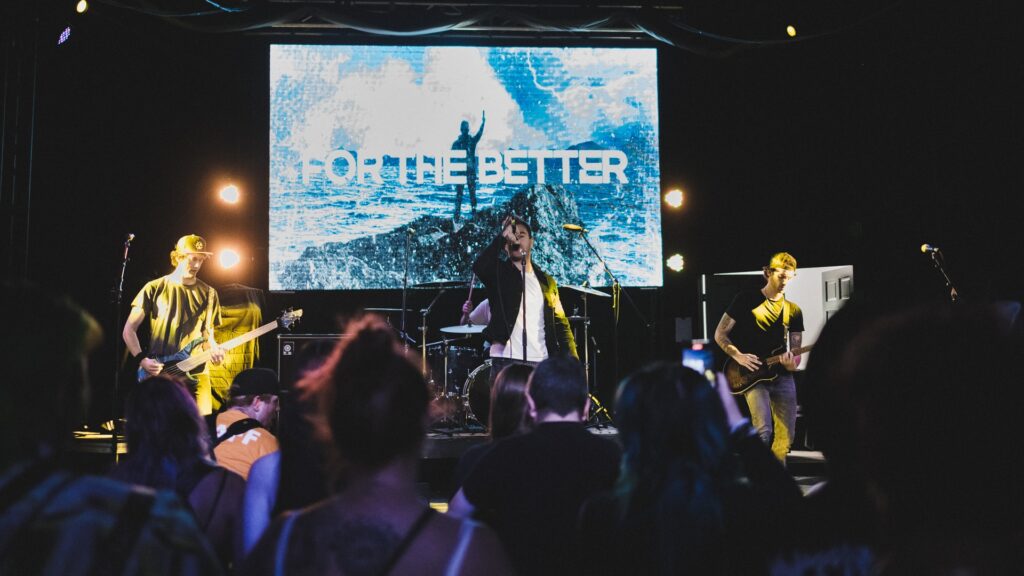 For The Better performing live at the Aftershock Festival in Sacramento, CA, on Oct. 7. PHOTO COURTESY FOR THE BETTER

“It was an amazing experience to be able to play with bands I grew up listening to and who have influenced me to play music,” Craig Stanley added. “It definitely motivated me and makes me want to make this my job for the rest of my life.”

“Getting to network with some of the most influential people and artists in the industry was truly surreal,” Pomeroy stated. “We have learned a lot from this experience and are working at expanding the entertainment value of our live shows.”

Jake’s father, Ralph Pomeroy, attended the Aftershock Festival, as did some members of Stanley’s family who live in the Sacramento area. Craig’s mother, Sue Stanley, watched live streams of the event at a watch party at their home.

“Not quite the same, but I was pretty excited,” Sue remarked. “It’s so nice to see artists from this small area get noticed and be given the opportunity to perform at such an incredible venue.”

“Overall, we have a great support system between our family and friends, and you can’t put a price on that,” said Jake.

The four members of For The Better share song-writing duties, presenting song ideas to the other guys, who make additions and adjustments relative to their instruments. Stanley and Pomeroy share lead vocals, Pomeroy plays lead guitar, and Rank plays bass.

Music by For The Better can be found on streaming platforms like Spotify and Apple Music. Interested readers can also watch them perform on youtube.com/forthebetter.