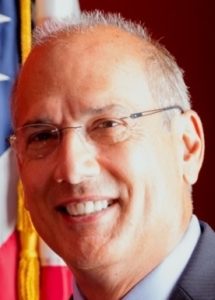 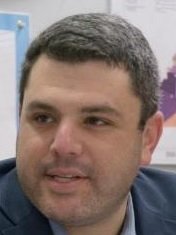 The candidates for the Twelfth Congressional District of Pennsylvania see this fall’s mid-term election as a clear referendum on the man who currently occupies the White House.

Once viewed as an individual to fill the position as the nation’s drug czar, Marino is a former Lycoming County district attorney who has touted his reputation as being tough on crime.

Friedenberg teaches about cybersecurity, and knows the dangers of a different level of crime that is sometimes hard to pinpoint, but ever present.

He said he worries about Russian meddling in the 2016 election, and what he views as the president’s unwillingness to get to the bottom of it.

Marino said he worries about the caravans of people heading into Mexico with eyes targeted on the United States.

“I think it’s very dangerous about what could happen,” Marino said regarding American immigration policy. “We need more security around the world. Opening our borders creates an overwhelming burden on this country financially.”

Friendenberg clearly disagrees. “The U.S. is at its best when we show compassion in a country that for generations has been seen as a beacon of hope,” he said. “I’m worried about the long-term consequences on global leadership where other countries are starting to view us and our country’s policies in a negative way. We need to be looking for real solutions to the problems we face.”

Friedenberg said that as he has traveled the territory in the new 12th District, “Health care is by far the top issue for voters.”

Calling it a fundamental right of Americans, he claims that his Republican opponent is out-of-step with constituents, in attempting late last year to defeat the Affordable Care Act.

Friedenberg said that 30 percent of people across the district carry medical debt, a fact Marino disputes.

Marino feels the ACA has done little to help people and actually contributed to a bloated bureaucracy.

Regarding Social Security and Medicare, both candidates agree on estimates that the former could become insolvent in the 2030s.

Friedenberg said it is unfortunate that Marino turned down his challenge to debate this election season, because he heard recently an interview that Marino did with public radio in State College where he said that persons in their 20s and 30s ought to seriously be ready to have the retirement age pushed back.

Marino acknowledged saying that but on reflection, felt that perhaps it should be with only certain occupations.

Asked about the state of the economy, Marino said he was proud of the tax cut legislation passed by Congress in December, and believed as he traveled around the region opportunities for expanding jobs are being realized, and small business owners tell him point blank, “Thanks for tax policy that is helping me get back on my feet.”

Friedenberg said he hasn’t seen a lot of new jobs created in the counties both wish to serve, and challenges Marino on that point.

He said that from everything he reads, it seems the bulk of the savings for the wealthiest Americans has gone into dividends or stock buybacks.

What the Democratic challenger said was clear, however, was that since the tax-cut legislation was passed, the national debt was increased by 17 percent.

“The tax cut was a con and done with almost no opportunity for debate,” he said, acknowledging that if he and other like-minded individuals are elected, it would be possible to reverse the policy in 10 years.

Marino acknowledges the fledgling national debt is not acceptable but he believes the problem is not in reduced tax revenues but in wasteful spending.

He said, “We need to downsize Washington by 50 percent” and acknowledged that President Trump’s call to reduce all agency spending by five percent is headed in that direction, “but it’s not enough.”

He pointed to the U.S. Department of Education “Where we just keep spending, and more kids are dropping out of school. That doesn’t make sense. There’s just a tremendous amount of waste.”

One policy that both agree on is access to broadband with many homes across the 12th district unable to get rural broadband, which more than just providing access to internet might also mean important access to telemedicine and availability to cutting edge information for universities, businesses and agriculture.

Marino previously represented Wyoming County in Congress and even had a field office in Tunkhannock prior to redistricting in 2013.

Asked if he would consider putting a congressional office back in Tunkhannock, he said “Absolutely.”

Friedenberg said it was a possibility he would also consider because the 12th district is so big.

No longer in the old boundaries of the 10th are Pike and Wayne counties and parts of Lackawanna and Luzerne.