Princess Winifred (Reilly Shingler) shows up to an open call for princesses at the start of Once Upon a Mattress coming to the Elk Lake stage, Thursday-Saturday, Nov. 1-3, with shows starting at 7 p.m. PHOTO BY PAT FARNELLI 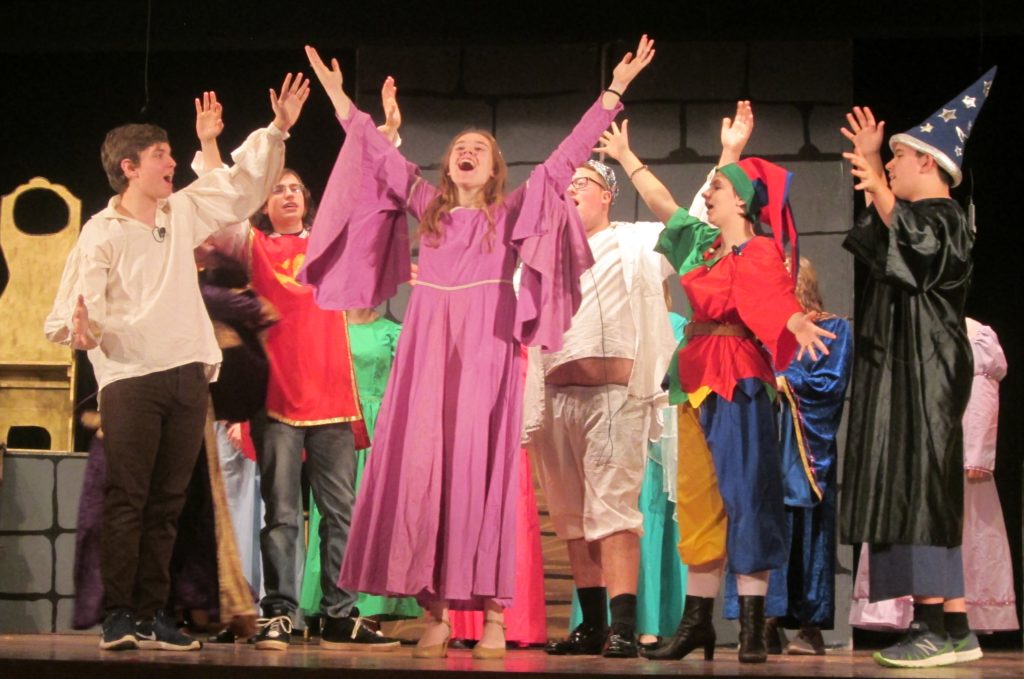 Princess Winifred (Reilly Shingler) shows up to an open call for princesses at the start of Once Upon a Mattress coming to the Elk Lake stage, Thursday-Saturday, Nov. 1-3, with shows starting at 7 p.m. PHOTO BY PAT FARNELLI

A king is cursed with muteness, and his kingdom is under of a decree that no one shall wed until his son, Prince Dauntless, is married to a true princess of royal blood.

So begins the Broadway musical “Once Upon a Mattress,” by Jay Thompson and Mary Rodgers, a fairy tale based upon “The Princess and the Pea” by Hans Christian Anderson.

The king (Doug Priestner) is struck speechless by a witch, and his spell will not be released until “the mouse devours the hawk.” 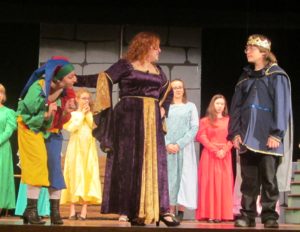 The Jester (Max Woodhead), Queen Agravain (Hannah Decker) and King Sextimus (Doug Priestner) have differences of opinion in Once Upon a Mattress. PHOTO BY PAT FARNELLI

Queen Agravain (Hannah Decker) has taken over the kingdom, and proclaims that no one may marry until her son, Price Dauntless, finds a true princess to wed.

Sir Harry (Colin Schake) and Lady Larken (Dana Nunamacher) are most distressed, as Lady Larken has informed Sir Harry that she is expecting his child. Harry, determined to find a suitable princess, sets off and returns with Princess Winifred (Reilly Shingler).

Winifred arrives dripping wet after swimming the moat and with great confidence announces her intentions to seek the hand of Prince Dauntless (Jeryn DeLong).

Prince Dauntless is impressed and smitten by the Princess, to the consternation of the angry queen. Dismissing Princess Winifred’s royal documents and pedigree, the queen devises an impossible test of sensitivity, with the help of the Wizard (Mitchell Delano). A pea is placed beneath 20 mattresses, and the queen assures that if Winifred is able to sleep through the night, it will prove that she is a truly qualified princess.

The production is energetic, comic, and resounds with empowering, confident musical numbers. Audience members may remember Reilly Shingler’s performance as Rizzo in Grease last fall, and she is a princess to be reckoned with in this show.