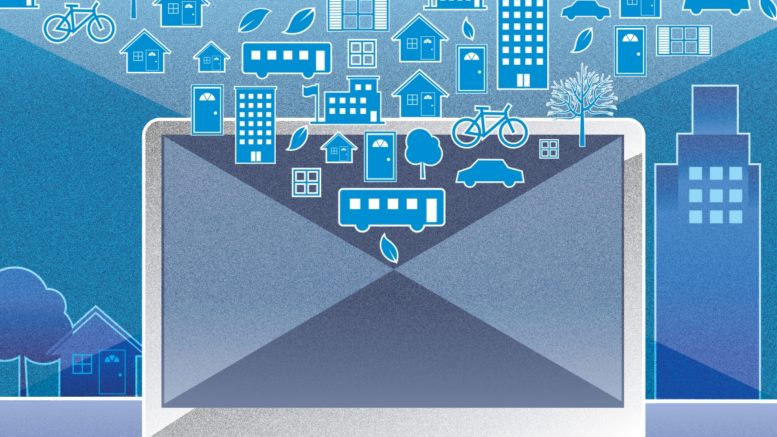 Ventello focused on the Authority’s history, along with its involvement in Susquehanna County since 2005. The Progress Authority was formed in 1993 to facilitate investment in the region. The group also handles economic development for Bradford County.

“Each county has its strength,” Ventello said. “In Susquehanna County, the backbone is small business.” He also noted that the county has other economic development benefits, such as access to rail, a major highway, water, and proximity to markets.

Ventello and Economic Development Specialist Christopher Brown have been meeting with businesses and the two major issues they hear about is connectivity and work force, he reported to the commissioners.

But businesses have indicated they do not have strong relationships with many school districts as an avenue to introduce business to students. They have also identified as a key problem that the traditional workforce is not meeting the current need.

Poor connectivity is another economic development obstacle – and the one that top the county’s list of priorities as it bolsters public safety.

“The world is sort of passing us by,” Ventello said. The Progress Authority has issued a Request for Proposal for a study on the feasibility of developing a dark fiber network in the county.

The dark fiber network could bring highspeed internet access to the “middle mile” and allowing for end-user service providers to hook into the network and reach consumers. Ventello described it as a “pipeline of unlit fiber.”

But the building of that network is only one component needed to bring highspeed internet access to some areas in the county. “Wireless is also a portion of the solution,” Ventello said, especially areas of low density.

Another focus of the group is “vertical integration” to add value to products before they leave Susquehanna County and not just harvesting resources and sending them out of the area. One example of a value added product is the building of furniture from wood harvested in the local timber industry.

Ventello also spoke on other ongoing economic development issues, studies, and projects happening in the county – including the upcoming census, housing, agricultural niche businesses, the revolving loan fund, and the Progress Authority’s work to leverage state and federal funding for local projects.

The Susquehanna County Economic Development Advisory Board meets on the fourth Thursday of each month at 10 a.m. in the county office building conference room.

The county commissioners meet on the second and fourth Wednesday of each month, at 9 a.m. in the county courthouse.

Be the first to comment on "Connectivity, workforce top local business concerns"