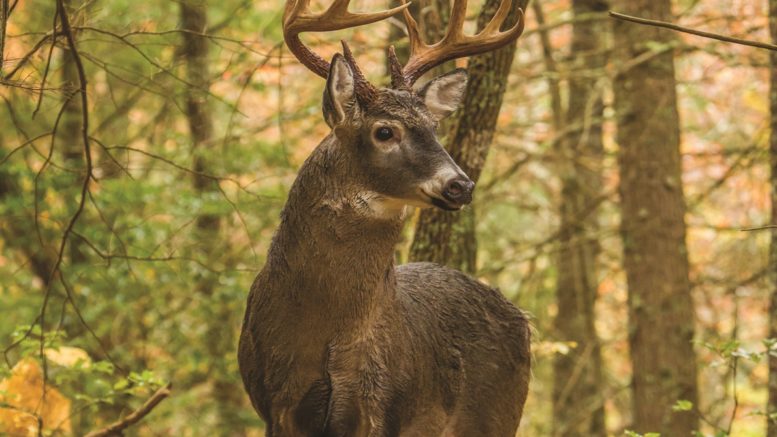 Although some hunting seasons are underway, the cooling temperatures and changing leaves signify the best is yet to come.

Among them are additional early bear seasons and a longer firearms deer season that includes a Saturday opener. But many seasons will begin sooner.

In the statewide archery deer season, properly licensed bowhunters statewide can hunt for antlered or antlerless deer through Nov. 16. This later November closing date, which is due to the way the calendar falls, promises to offer some prime hunting days during the deer rut. A late archery deer season then runs from Dec. 26 to Jan. 20.

The regular season for squirrels, rabbits, quail, woodcock and ruffed grouse opens Oct. 19, the pheasant season opens the following Saturday, Oct. 26, and the seasons for all six small game species closes on Friday Nov. 29 due to the Saturday firearms deer season opener. The season reopens Dec. 16 through Dec. 24. Then for squirrels, rabbits, quail and pheasants, a winter season runs from Dec. 26-Feb. 29. There again is no late winter grouse season.

Oct. 12 is also the opening of duck season in the North Zone, and the season opens Oct. 19 in the South Zone.

Pennsylvania in 2019 is doubling its number of statewide bear-hunting days, creating the state’s lengthiest bear-hunting opportunity since the 1930s.

The new statewide bear muzzleloader season that begins Oct. 19 and ends Oct. 26 leads the way for an early firearms bear season from Oct. 24-26 for junior and senior hunters, hunters who are on active military duty, and certain disabled persons. A two-week archery season from Oct. 28-Nov. 9 follows.

The four-day general bear season from Nov. 23-27 is followed in some areas by extended seasons that in eight Wildlife Management Units have increased from four to seven days.

“It’s the largest suite of bear-season changes ever approved in a single year,” noted Mark Ternent, Game Commission bear biologist. “In most of the state, we’re going from 14 or 16 days of bear hunting to 32, from three Saturdays to seven, and we will start hunting bears almost two weeks earlier,” he said.

The one week antlerless-only muzzleloader deer season runs statewide from Oct. 19-26 and overlaps with a special firearms season Oct. 24-26 for antlerless deer for junior and senior hunters, mentored youth, hunters who are on active military duty, and certain disabled persons.

For the first time in more than 50 years, Pennsylvania’s regular firearms deer season will open on a day other than the Monday after Thanksgiving – Saturday Nov. 30. The season then will run through Dec. 14. A concurrent antlered and antlerless season continues in WMUs 2B, 5C and 5D, while in all other WMUs, it’s antlered-only from Nov. 30-Dec. 6, and then antlered and antlerless from Dec. 7-14.

Pennsylvania’s wild turkey season begins Nov. 2 in most parts of the state, but hunters are reminded that season lengths vary by WMU, and fall-turkey hunting is closed in some areas.

Information on warm-weather venison care, as well as instructions on deer processing and other tips, are available on the white-tailed deer page on the Game Commission’s website, www.pgc.pa.gov.

Fluorescent orange regulations were simplified this year, but there are no changes to the requirements that apply in many seasons and the use of orange continues to be highly recommended for all seasons, whether required or not.

Hunters in seasons for crows, doves, waterfowl, post-Christmas flintlock deer, spring turkeys and furbearers (with the exception of coyotes as noted above) continue without fluorescent orange requirements.

The requirement to post orange while deer, bear or elk hunting from an enclosed blind also remains.

Hunters must report deer and turkey harvests, and they are encouraged to do so soon after their successful hunts, so they don’t forget.

There are three ways to report. Harvests can be reported online at the Game Commission’s website by clicking on the “Report a Harvest” button on the home page. Reports also can be phoned in to 1-855-PAHUNT1 (1-855-724-8681) or mailed in using the harvest report cards that are contained in the Pennsylvania Hunting & Trapping Digest.

Hunters who call should have their hunting license numbers handy, as well as additional information that’s required to be reported.

For a more detailed look at the regulations pertaining to these and other seasons, as well as bag limits, visit the Game Commission’s website.