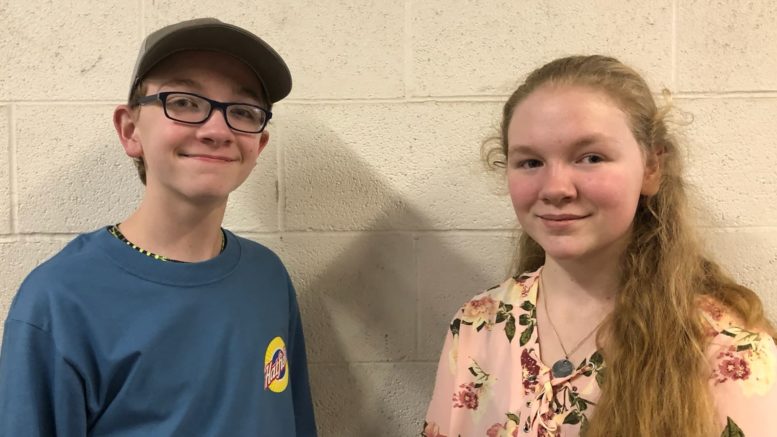 Ryan and Katelyn Supancik are returning from the 2020 Pennsylvania Farm Show with a few ribbons and a lot more experience. Photo by Rick Hiduk 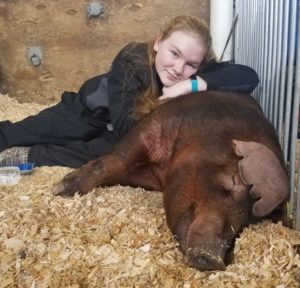 annual Pennsylvania Farm Show in Harrisburg. This past Saturday, the New Milford siblings both showed lambs, garnering Ryan a fifth-place ribbon in his age group and Katelyn a sixth-place finish in hers.

As the lambs did not place high enough to go to market, they were transported back to Susquehanna County Saturday evening. Ryan stayed behind to watch Katelyn show market hogs on Sunday with their older sisters, Emily and Jamie. The four are the children of Robert and Diane Supancik, and the family has long been involved with 4-H. Emily and Jamie aged out of the 4H program but remain closely involved.

Ryan, 13, is a Mountain View High School student and an active member of the North Jackson Community 4H Club. This is his third year showing at the PA Farm Show. He was especially confident with his lamb this year, proud of how she was built and the comfort with which she moved around the ring.

“It was nerve-racking, as well as a fun, learning experience,” Ryan remarked, adding that his time in the arena better prepared him for next year. “I learned what I could have done to allow me to move up in the placing and what kept me where I ended up.”

Though he was a bit disappointed with his finish and not making it to Tuesday’s livestock show, he said, “I love the experience and the atmosphere of the Farm Show.”  Ryan returned to school on Monday to play in a basketball game.

Katelyn, 16, was able to stay with her Duroc market hog, Flynn, after securing a third-place master exhibitor ribbon on Sunday. She has been attending the Farm Show for at least the past six years and enjoys the opportunity to get to know other youths among the high-end competitors who are showing.

“We have met lots of people who have really helped us better show our animals,” said Katelyn.

Having her older sisters along has always been helpful too. “It is amazing because they get to help me with fitting them and teaching me the right way to show.” While she has placed lambs and hogs in the top five before, Flynn’s win on Sunday will lead Emily to her first Farm Show livestock auction.

“It’s a great experience to see them growing as showmen and doing much more than we ever thought possible,” Emily said of the time they spend together at such events. “We really make it a family affair, and we go to all the shows together. We learn a lot from each other.”