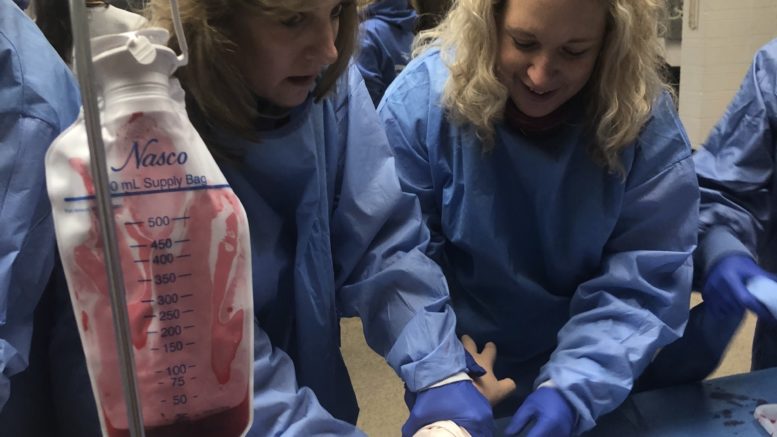 Montrose Area School District personnel focused on trauma during the 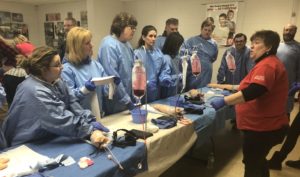 Reed speaks across the state about the impact of trauma and the relationship of trauma to long-term physical and emotional health, addiction, bullying, self-harm, suicide, crime and violence.

In his remarks on Friday, Reed’s presentation highlighted trauma as a root cause of addiction, self-harm, suicide, crime and violence.

Many people have been exposed to traumatic situation in their lives, such as violence and addiction, but Reed also discussed the trauma as a public health crisis of abuse, neglect, injury and deaths. “It’s pretty overwhelming in terms of what’s happening,” he said. “It’s America. It’s Pennsylvania. It’s Susquehanna County. It’s Montrose. It’s probably even this school.”

As a prosecutor, Reed said he had believed that solutions lie in the criminal justice system but that now a paradigm shift was underway in the country. “We’re not starting to think in terms of public health,” he said.

He pointed to the Adverse Childhood Experiences Study (ACES) as a tool to understand “why we are who we are.”

People with higher ACES scores – measuring traumatic events that occurred for people age 18 or younger – have a higher risk of it impacting their lives – both physical and emotional health. People who score higher than a six on the test, have their life expectancy decrease by about 20 years, Reed explained.

Reed said that the whole system has to come together to help a child, with the school itself being trauma informed. 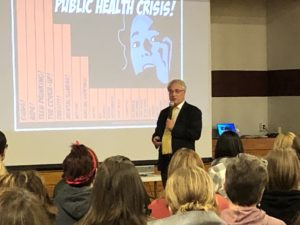 He noted that in the 2017 Pennsylvania Youth Survey, one in eight teens had created a suicide plan. He also said the state’s Safe 2 Say Something line had fewer school safety threat reports but fielded more calls on the topics of bullying, cyberbullying, suicide, depression and drug use.

“The kids know what is happening. We, as adults, may not be listening,” Reed said.

He also spoke about educational workers experiencing vicarious trauma that could contribute to teacher “burn out.”

“It’s okay to get help,” he told the educators.

In the afternoon, the staff underwent a hands-on Stop the Bleed training in order to be able to respond in the event of traumatic injuries.

Be the first to comment on "MA staffers train for trauma"