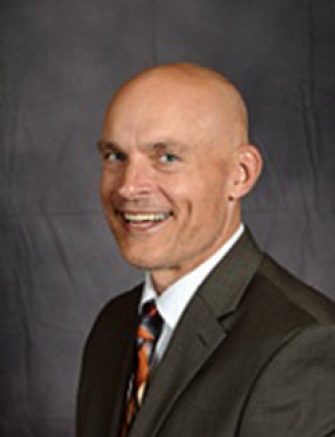 Bronson Stone stepped onto the Susquehanna Community School District in 1976 as a four-year-old entering the Head Start classroom.

“For 38 of my 48 years on this planet, I’ve been a Saber. I think I always will be,” Stone said the board and administrators at the Wednesday, June 24 meeting – his final meeting in the role as the district’s superintendent. Earlier this year, Stone announced he was moving on to take the position of principal of 7th-9th at Riverside Jr.-Sr. High School on July 1. Stone has been the superintendent of Susquehanna Community for the past 17 years and said he has been on the campus nearly every single day for the past 17 years.

High School Principal Brent Soden said that Stone had been his 7th grade social studies teacher, and when he entered the classroom as a first-year teacher he felt intimidated with Stone’s saying of “Without data, it’s only opinion.”

As a principal, Soden said the superintendent’s approach to education became more clear with an emphasis on educating the whole child and seeing every student as an individual.

Special education director Joni Deakin said that she and Stone had worked together for the past 17 years in their current positions. She said that she valued his decision-making skills. “He knew his craft, he has vision and he’s always taken care of the kids,” she said. “Thank you for all the years.”

Longtime board member Evelyn Cottrell offered a tearful good-bye to Stone, reviewing his service to the district through the years.

“After prodding from (the board), he said ‘yes’,” Cottrell said of the board’s offer to make him the superintendent years ago.

“You took Susquehanna Community schools and polished it like a gem, a little at a time,” she said. “We have you to thank for what we have today. You have worked non-stop for this district since you began. We are all proud of you and are going to miss you.”

Elementary principal Peter Supko is moving into the role of superintendent.

The school board scheduled a meeting to be held on Wednesday, July 15, at 7 p.m., in order to adopt the district’s reopening plan.