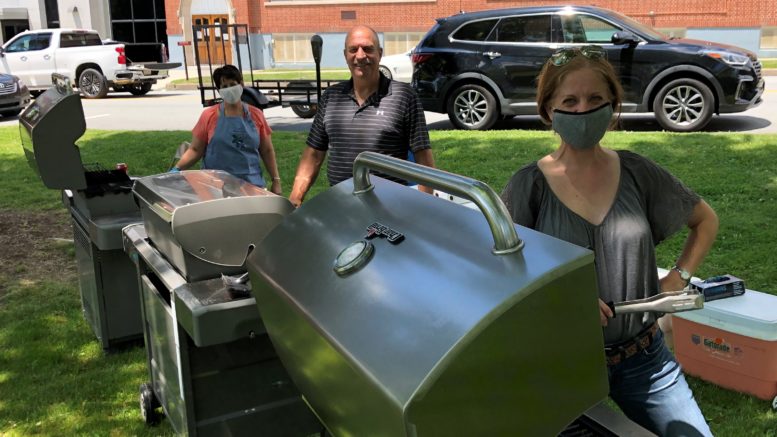 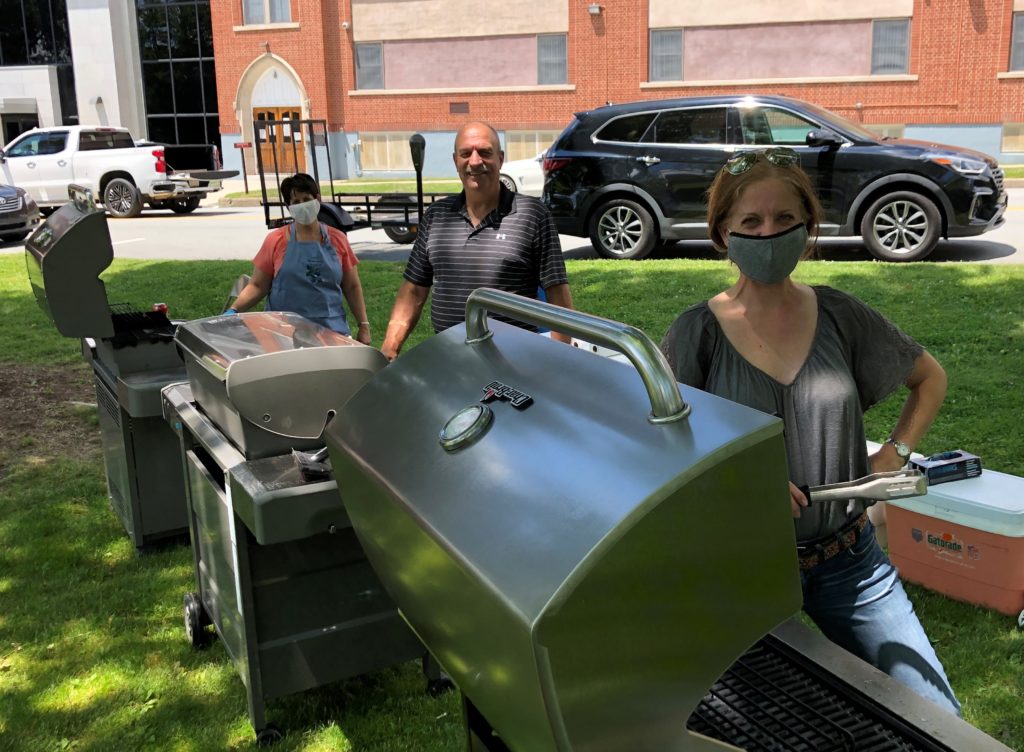 As the Susquehanna County entered the green phase of reopening, Commissioners Elizabeth Arnold, Alan Hall and Judy Herschel held a barbecue picnic for county employees on Friday, June 26, as a way to thank courthouse staff for their work through the aggressive mitigation phases of the pandemic. STAFF PHOTO/STACI WILSON

After spending the past couple weeks researching what – if any – strings would be attached with accepting $3.6 million in CARES act funding from the state, the county commissioners gave their unanimous nod to apply for the available funds.

The commissioners approved a resolution to apply for the CARES County Relief Grant at the Wednesday, June 24 meeting.

Commissioner Alan Hall said the County Commissioners Association of Pennsylvania (CCAP) was able “to get the facts.”

The federal government then sent money to each of the states for the governors to disburse. Hall said that federal lawmakers thought rural counties “did not have a good understanding of how to use the money.”

He also acknowledged that the “Governor did not have to give us any of that money.”

As for the contract with the state, Hall said there is no language in the agreement that references the governor and that the contractual language is typical of DCED contracts. “The money can help people who need it,” Hall said.

The contract is available to view on the county website.

Commissioner Elizabeth Arnold said that, as of the meeting, the county had spent an estimated $100,000 on COVID-19 related expenses. The county could recoup those funds with the $3.6 million CARES grant.

This funding may be used to offset the cost of direct county COVID-19 response, assist municipalities with COVID-19 response and planning efforts, fund nonprofit assistance programs, and deploy broadband to unserved or underserved areas.

In other business, the commissioners:

*accepted, with regret, the resignation of James Kane, from the position of Director of Planning/GIS, effective July 3;

*approved Geo-Science Engineering and Testing to provide third-party observation and quality assurance for the construction of the public safety building, at a cost not to exceed $100,000 which will be paid using Act 13 funds;

*approved advertising a Ford Taurus and Chevrolet Impala for sale on Municibid.

The bids for the new Public Safety Building were awarded as follows:

Be the first to comment on "County okays $3.6M CARES funding"