Adrienne Simeone, founder of the Mama Bear Effect, was a featured speaker at the Coalition of the Prevention of Child Abuse conference that was held virtually last week. 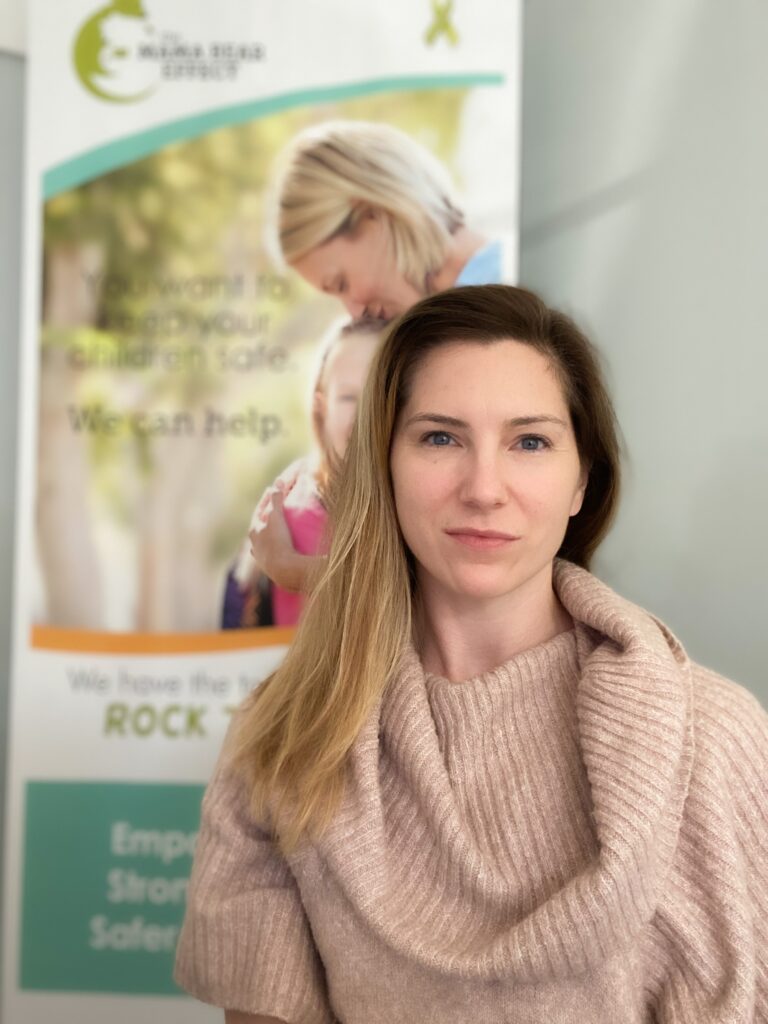 Adrienne Simeone, founder of the Mama Bear Effect, was a featured speaker at the Coalition of the Prevention of Child Abuse conference that was held virtually last week.

The Susquehanna County Coalition for the Prevention of Child Abuse conducted its annual conference virtually this year, involving numerous like-minded organizations and several speakers with varying experiences with domestic violence and child abuse.

Simeone outlined a number of challenges faced by victims of domestic violence and abuse and those who advocate for them, and Harris spoke of the potential for those who have a history of one or more adverse childhood experience (ACEs) to endure more physical ailments and a shorter life expectancy.

Domestic violence and child abuse often walk hand-in-hand, Simeone noted, and the reticence of so many to address the problems is further complicated by gaps in definitions by medical experts of what qualifies as abuse and what the justice system can prosecute as a crime.

There are many agencies and programs geared toward prevention and treatment of domestic violence, Simeone suggested, but a reluctance to talk about such a disquieting topic hampers real progress. “They don’t think it’s not happening, but they don’t always have the comfort level to discuss it,” Simeone remarked. “When we don’t talk about things, cycles continue from generation to generation. Discussing how we can all be part of the solution is so vital.”

Pennsylvania does not have a specific criminal code for the crime of domestic violence, even though seven out of 10 deaths in the United States are attributed to domestic violence. Instead, the aspects of spousal, elder and child abuse often fall under other crime codes, such as harassment, strangulation, assault or stalking.

That’s not to say that law enforcement is powerless to protect people, Trooper Urban explained, but a lack of follow-through by victims often defeats the efforts of the courts and resource agencies from making long-term gains in addressing domestic violence as a societal blight.

“If we see any mark on them, the other party automatically gets arrested,” Urban related of his 15 years in the field and dealing with domestic violence. “It may be simple assault, but the courts decide that.” It is not uncommon for the defendant to fail to show up in court because he or she doesn’t want to pursue charges. “But we often get called back to the same home for same problem.”

Each of the presenters spoke of the tendency of victims to internalize the abuse, which can lead to emotional, mental and physical health issues. Witnesses of domestic violence – often children – tend to normalize what they’ve seen, accepting it and/or repeating the behavior themselves. Experts refer to the cycle as the “pipeline to prison,” noting that 90 percent of youths placed in foster care five or more times will end up in the justice system.

“A lot of kids have seen domestic violence with their family, and they believe that it’s okay to do so,” said Urban. “A lot of victims of domestic violence don’t want to leave because the other person is the bread winner and provides a home for them.”

Only 60 percent of domestic violence cases are reported to police, according to Simeone, even though one in four women and one in seven men have experienced inter-partner violence. Of the 112 deaths attributed to domestic violence in Pennsylvania last year, 46 of those died at the hands of a current or former domestic partner.

“This is not a socio-economic nor women’s issue. People in higher socio-economic brackets tend to be better at hiding it,” Simeone maintained. “There is a need for greater support across all demographics.”

“If you don’t go and pursue that, it gets progressively worse each time,” Urban agreed. “I have never seen anybody get cured from that.”

He is hopeful that the opening of more Children’s Advocacy Centers, which provide safe settings for analysis of expected domestic violence and child abuse, will help more families. “It makes it a lot easier for us to converse with the kids and make them more comfortable,” Urban related.

In addition to better funding of resources and programs, Simeone suggested that bolstering the value of parenting and the confidence of parents as another way of addressing the disease at its root. “We all want to be better parents to our children,” she stated.

Pairing parents with available resources, Simeone continued, can provide them with more reasonable development expectations and help parents better understand what their children are going through.

“This is treatable. This is beatable. We need the courage to look the problem in the face and say, ‘This is all of us,’” Dr. Harris asserted. “When we understand the mechanism of a disease, it is our job to use this science for treatment and prevention. I believe that we are the movement.”