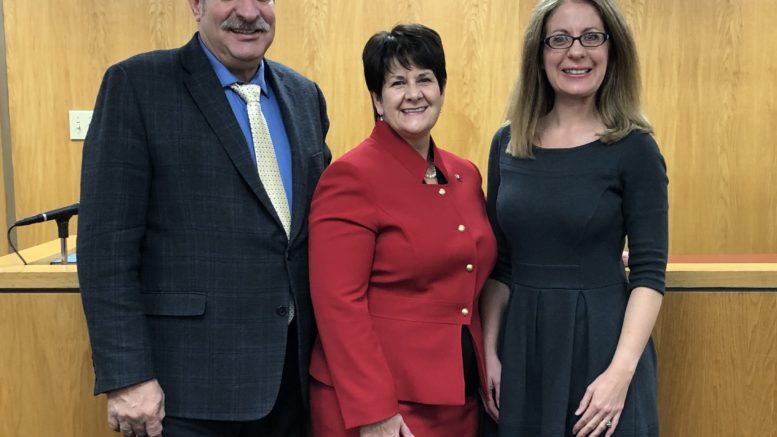 In their final meeting of 2020, the county commissioners handled some routine matters of annual business entering into service agreements and making appointments to various boards.

The commissioners also approved the 2021 Miscellaneous Compensation Schedule that had been approved by the Salary Board. The compensation schedule sets the rate of pay and stipends for election officers and other election day personnel costs, as well as professional positions in the county, such as department solicitors, and costs associated with the courts, such as juror pay.

The commissioners approved an agreement with Family Service Associates of NEPA/CAC, which provides for interviews and exams at a cost of $500 each for Children and Youth Services.

A contract with Cynthia Hessey for Children and Youth Services for language translation/interpretation at a rate of $40 per hour for services and travel.

The county will appropriate $40,000 in matching funds for the agricultural easement purchases for the 2021 program year which began on Jan. 1.

An agreement with Government Software Services, of Honesdale, for computer tax billing services was approved by the commissioners. The cost will be $.029 cents per three copies of the Real Estate Duplicate and two copies each of the Occupation/Per Capita Duplicate; and nine cents for each tax statement prepared.

Audio/visual equipment for the Public Safety Center and 911 Operations Center will be purchased from Visual Sound at a cost of $378,532 and paid from Act 13 and PEMA funds.

In personnel matters, the commissioners approved the transfer of Melissa Groves from the position of 2nd Deputy Prothonotary/Clerk of Courts to the position of Assistant Director of Elections/Voter Registrar, effective Dec. 17.

Commissioner Elizabeth Arnold was reappointed to serve as the Commissioner Director on the Susquehanna County Conservation District Board of Directors, effective Jan. 1 – Dec. 31.

Appointments to the Economic Development Advisory Board were also made. Those re-appointed to the board include: Rick Ainey, New Milford; George Conner, Kingsley; and Craig Benson, Thompson. Gina Yarrish, of Gibson, was also appointed to serve on the board.