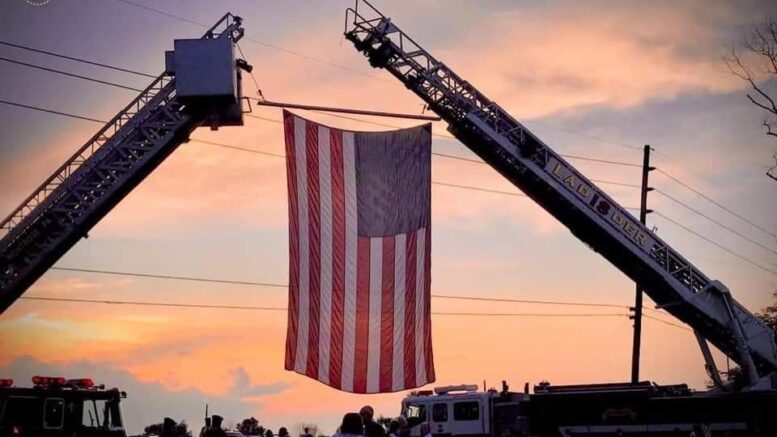 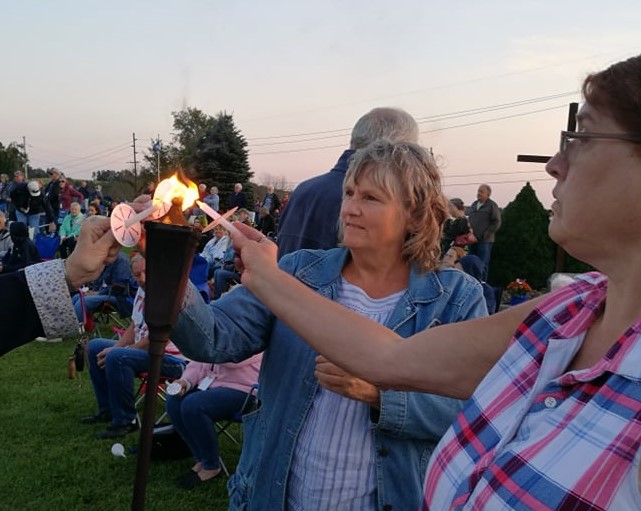 Attendees at the Sept. 11 memorial service at the Danny Crisman Memorial Park in South Montrose lit candles in honor of those who lost their lives 20 years ago in the attacks on the World Trade Center, Pentagon and in Schanksville. PHOTO BY PAT FARNELLI

Twenty years have passed since Danny Crisman went to work at the World Trade Center in New York City on the clear morning of September 11, 2001. He was never seen again.

His mother, Debbie Crisman, once again hosted and orchestrated a memorial ceremony at the Danny Crisman Memorial Park in South Montrose, as she has annually. The field was skirted by fire engines, motorcycles, and flags, and the audience full of people who wished to remember that solemn day when everything changed.

After the memorial, Debbie Cristman noted, “My takeaway from our September 11th memorial service tonight was the word Indelible; Making marks that cannot be removed, from Chris Carney’s speech. Not able to be forgotten or removed.

“My friends honestly seem to know me a lot better than I could ever know myself. They can see when things are eating me alive, and they always know exactly what to say to fix it. Or even if they don’t, whatever they do usually 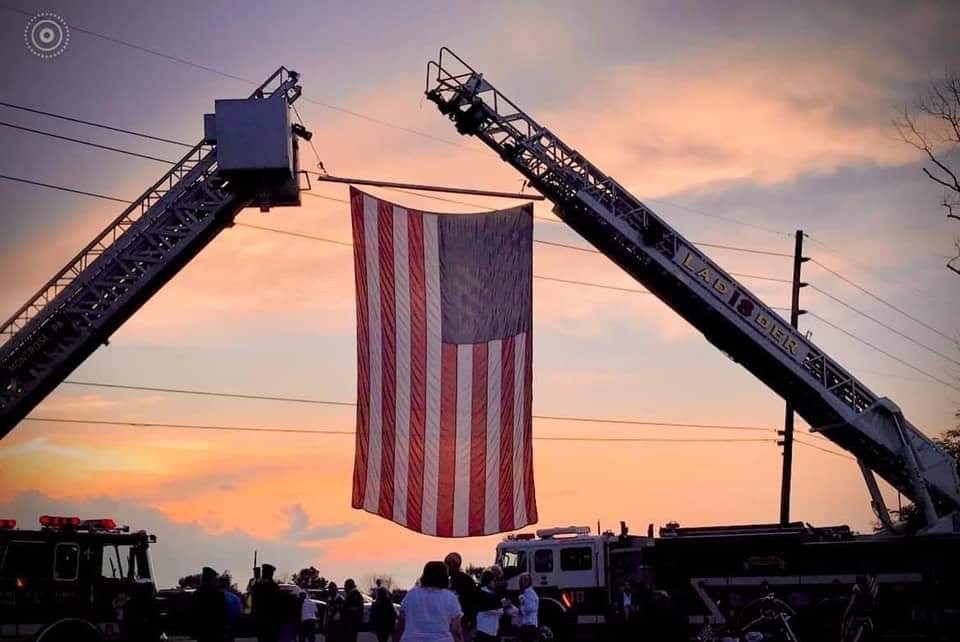 “The past years have rough and everyone has been patient with me and they will never understand how much that means to me. Thank you for never expecting any more or less of me.”

Master of Ceremonies Don Robinson spoke of those killed in the recent attack of a in Afghanistan. He read the names and ages of those killed. Most of the service members slain were in their early 20s and some were born after Sept. 11, 2001. “Our gratitude goes out to those who have felt the call to serve.”

He mentioned Masters Concrete and noted that the company had sent two commemorative mixers to the event. He also thanked the American Legion motorcyclists for attending, and Craig Owens for providing a sound system.

According to records, 343 firefighters responded to September 11. This year, some of the attendees at the South Montrose observance were given a badge of one of the fallen firefighters.

Crisman received Victim 0001, the first identified,  Father Mychal Judge, a fire department chaplain who left the Midtown Franciscan Friars to respond to the call for help from the Trade Center. As he prayed over a body of a person, he was killed by the  body of another victim, falling from the tower.

A New York Fire Patrol officer responded and is credited with leading 600 persons out of the first tower before he was killed in his sixth trip inside. The loss of life continues to grow, as hundreds of survivors have died since then of injuries and illnesses suffered during that day.

Chris Carney, former US Representative and Homeland Security Committee Member, said, “September 11 is an indelible day. It has changed the way we live our lives…it was not a faraway attack in another part of our nation, it was an attack on all of us.”

US Air Force Lieutenant Colonel Greg Scheer was the keynote speaker. As a U2 pilot, Scheer had just arrived at Randolph Air Force Base, and while on a break during a training, he saw on the television screen the first plane hitting the tower. “It surprised us,” he said. He headed back to Georgia, where he was assigned to refuel fighter jets in Operation Eagle. “They thought 50 percent of us wouldn’t make it back,” he said. “When you are in the military, you have a job to do and you just do it and get it done.”