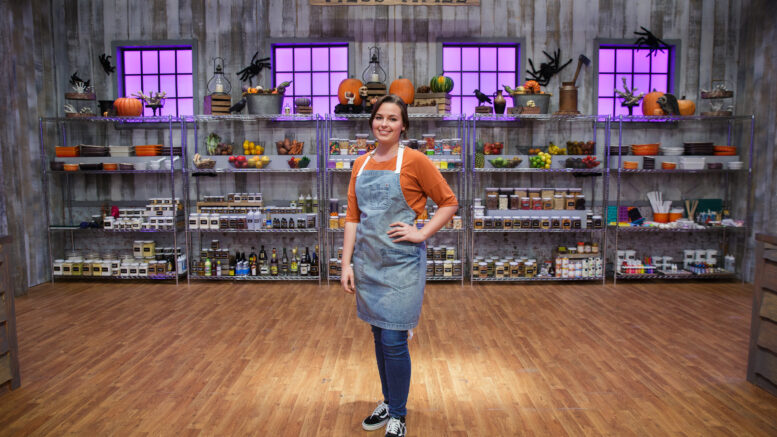 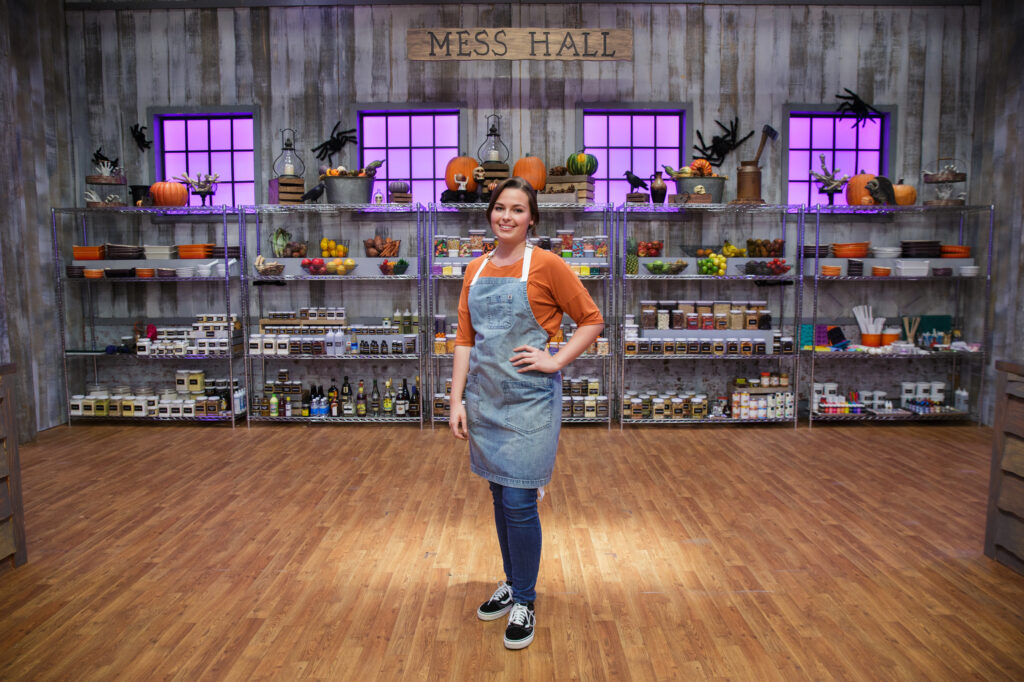 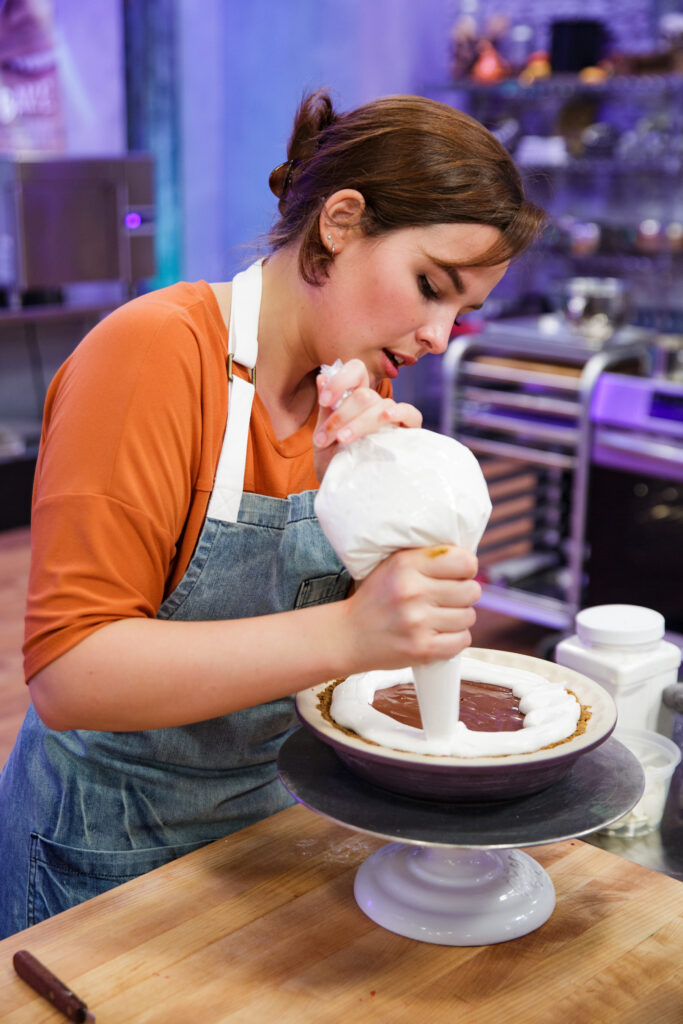 Nicole Proske is working on her Cookie Cereal Pie, as seen on Halloween Baking Championship, Season 7.

Proske, a cake artist now living in Miami, FL, competes against nine other talented bakers from around the country – all vying for the $25,000 prize and the title of Halloween Baking Champion.

This season of the baking competition pays tribute to 1980s classic slasher movies, kicking off with host John Henson welcoming the competitors to Camp Devil’s Food Lake where only their baking skills will help them survive. Each week the bakers must create killer cakes, creepy cupcakes, and more, to showcase their skills in challenges that pay homage to quintessential horror films. Judges Stephanie Boswell, Carla Hall and Zac Young determine whose devilishly delicious desserts earn $25,000 and the title of Halloween Baking Champion

Proske started baking for her family when she was about 10-year-old. “I knew it was an interest of mine – I didn’t know it was going to be a career choice,” she said of her early baking years.

She began baking small cakes for family and friends and then headed to Johnson & Wales University’s Miami, Fla., campus and majored in baking and pastry.

Now a full-time cake artist living in Miami, Proske works for JW Marriott and also has a home bakery. At age 24, she is the youngest baker competing in this season of the Halloween Baking Championship.

The first competition of the season was titled: Cereal Killer Pies. Proske said, “The twist is a gory gruesome pie made with a cereal of your choice.”

She picked a cookie crunch cereal and seized upon the “camp” theme with a s’mores-inspired flavor combination.

The cookie cereal was used as the pie crust, and it was filled with chocolate, and blackberry jam layer and toasted marshmallow top.

Her effort wowed the judges, and Proske got off to a great start with a win in the opening challenge.

Moving forward in the competition, Proske said she believes her strength in cake decorating and flavors will help her shine through.

The experience on the show has given her a new level of respect for competitors facing the “time crunch” and “cameras in your face. It makes you stumble,” she said.

“I definitely messed up a few times,” said Proske. “Overall, it was an incredible experience. I would 100 percent do it again.”

The show is Proske first venture into television competition baking, and she was excited to be chosen for the network’s Halloween season lineup. “The whole theme is the 1980s slasher movies. I have seen all of the movies – they are my thing,” she said.  “It is going to be a really exciting season.”

Right now, Proske said it is surreal to see herself on TV and said the bakers she is competing with are very diverse and talented group. “We’re all very good friends now,” she said. “We support and cheer each other on.”

“Being with all of the new bakers, I learned a lot, and have gotten inspiration from them in what they do in their daily bakes,” she said of her fellow competitors.

“Viewers love our Halloween lineup, an over-the-top, multi-week event full of frights, delights, thrilling competitions and spectacularly spooky edible themed creations,” said Courtney White, President, Food Network. “Each year we look to outdo ourselves and with Zak Bagans bringing inspiration to the scariest season of Halloween Wars yet, along with returning favorites Halloween Baking Championship and Outrageous Pumpkins, Food Network delivers all the Halloween tricks and treats and more.”