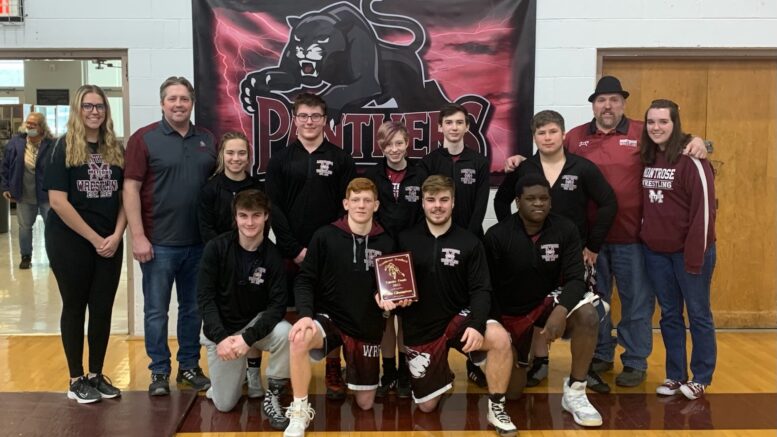 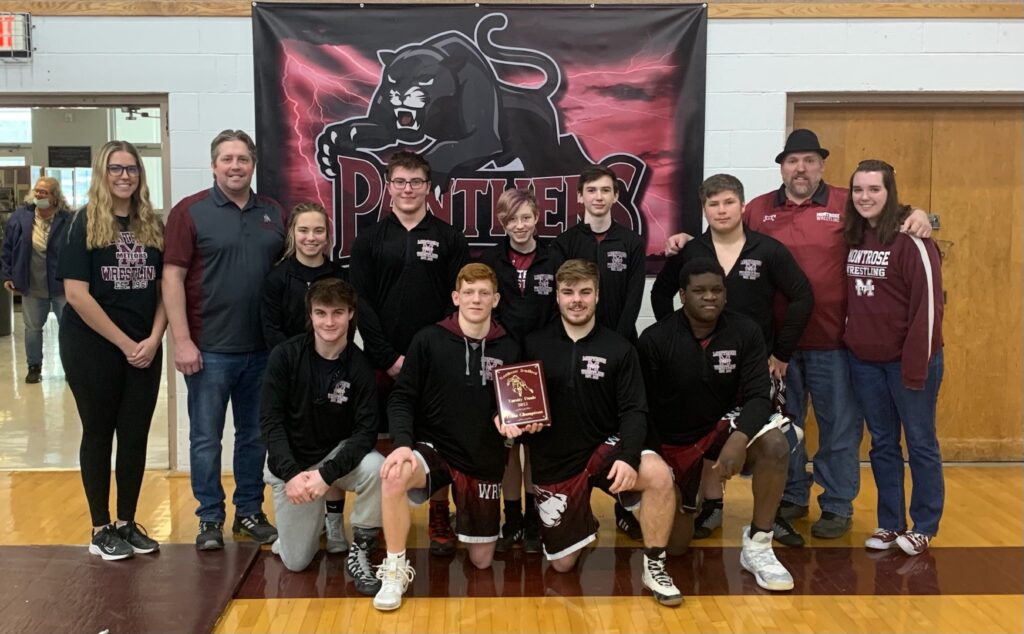 Montrose and Blue Ridge had great showings over the weekend to highlight local wrestling action. Each team also picked up a league win during the week.

Harder went 5-0 at 132 pounds collecting three pins while Geertgens was also 5-0 at 145 with three pins and a major decision.

John Tyler led the Warriors with a 5-0 record at 189 pounds with four pins. Joe Merschen was 4-1 with two pins while Todd Snyder went 4-1 with a pin and a technical fall.

Blue Ridge travelled to Lehighton High School and finished 15th out of 44 schools who attended the annual Coal Cracker Tournament.

Jackson Maby was the top finisher for the Raiders taking second place in the 126-pound class.

Maby had five pins on his way to the championship match. He opened with a pin of Valley View’s Brandon Marushuk in first period. Maby followed that with two quick pins of a pair Northern Lehigh wrestlers. Maby pinned Jon Conti in 10 seconds and his teammate Austin Rex in 34 seconds.

In the quarterfinals Maby pinned Jim Thorpe’s Ridge Snyder in 1:33 and decked Reinaldo Lebron of Bethlehem Freedom in 1:31.

In the finals, Maby was pitted against highly regarded Gunnar Myers of Wallenpaupack who defeated Maby 10-1 for a major decision.

Jordan Williams took fifth place at 189 pounds for Blue Ridge when he received an injury default victory over Connor Wrobleski of Wyoming Area.

Williams earned his way there by pinnng his first two opponents in the second period before losing a 9-2 decision in the championship quarterfinals.

Four other Blue Ridge wrestlers competed with three going 2-2 and one finishing 1-2.

Kameron Sheffer went 2-2 at 120 pounds for Blue Ridge with a third-period pin and a 10-2 major decision. At 113 pounds Memphis Collins opened with a loss by pin before reeling off two wins earning a 7-2 decision and recording a second period pin.

Kaleb Shimer was also 2-2 at 160 pounds recording two pins before being eliminated, and Luciano Shea earned a 5-2 decision at 138 pounds between two losses.

Trailing 30-27 heading into the final match of the night Jordan Williams delivered at 189 pounds for Blue Ridge.

Williams wasted little time to deliver the match pinning Louis Paris in 48 seconds and giving the Raiders the final lead.

After Memphis Collins, Kameron Sheffer, and Jackson Maby collected forfeits at 113, 120, and 126 respecitively, Luciano Shea picked up the match’s first bout when he won a 12-8 decision over Prep’s Jason Yanul.

Blue Ridge surrendered forfeits at 145 and 152 before Kaleb Shimer earned a first period pin at 160 pounds when he fell Jamie Barrett one minute into the match.

Montrose’s James Bixby followed at 152 pounds with a 7-4 decision over Todd Snyder to give the Meteors a 51-0 lead.

Elk Lake collected forfeits for Codi Bomboy at 160 pounds and Landon Baker at 172 and got their final six points when John Tyler pinned Montrose’s Devon Ford 70 seconds into their match at 189 pounds.

Derrick DeMann collected the final points with a forfeit win at 215.

Mountain View forfeited 10 matches and Cooper Biondo (285), Drayden Holman (132), and Tanner Holtsmaster (138) all fell in the second period to their Western Wayne opponents.

Be the first to comment on "Montrose, Blue Ridge finish strong on mats"