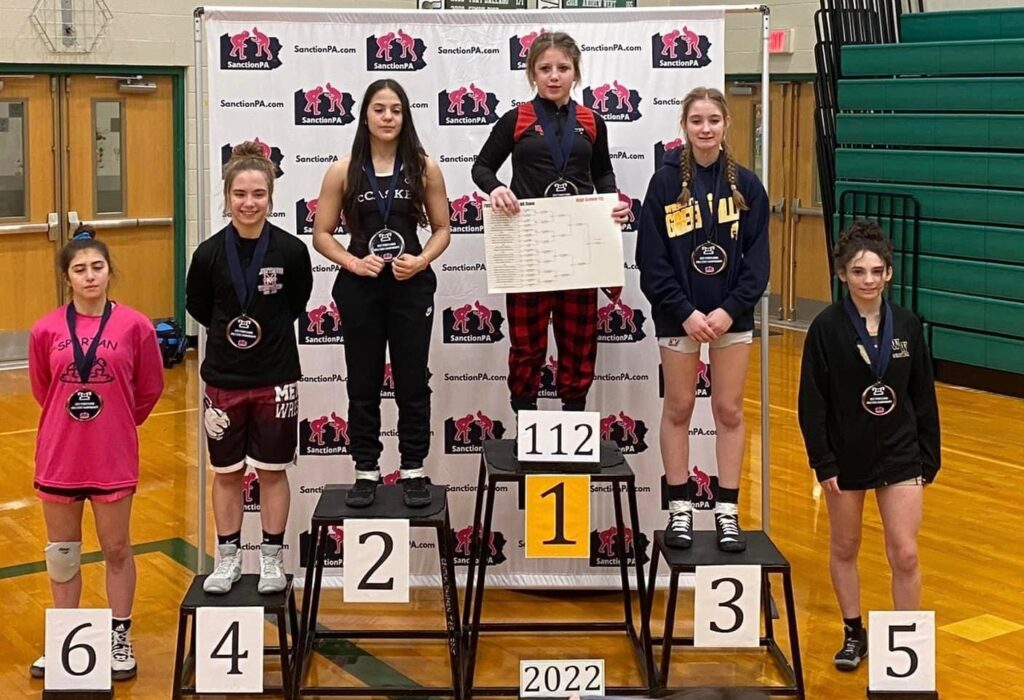 While the PIAA has not yet sanctioned girls wrestling, MyHouse has stepped in to provide a regional and state format for female wrestlers.

After receiving a first-round bye, Taylor opened with a first period pin of Manheim Township’s Sara Rager earning the fall at the 1:29 mark.

Taylor followed that up with 5-2 decision over Ava Weibly of Big Spring to earn a trip to the championship semifinals.

Northwestern’s Sierra Chiesa – the eventual state champion at 112 pounds – sent Taylor to the consolation bracket with a 15-0 technical fall.

Taylor rebounded with a 4-0 win over Western Wayne’s Tommi Vizciano and earned her way to the consolation finals where Greenville’s Madilyn Enterline escaped with 1-0 decision over Taylor.

Be the first to comment on "Taylor takes fourth at states"