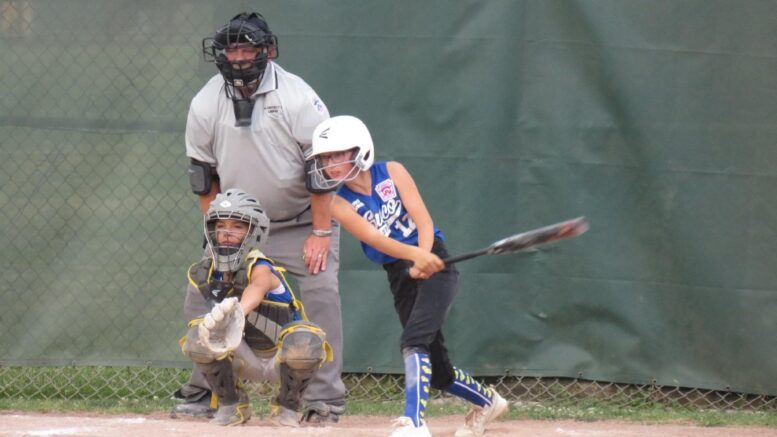 Anna Evans at bat for the Susco Minors softball all-stars during sectional play in Wellsboro. 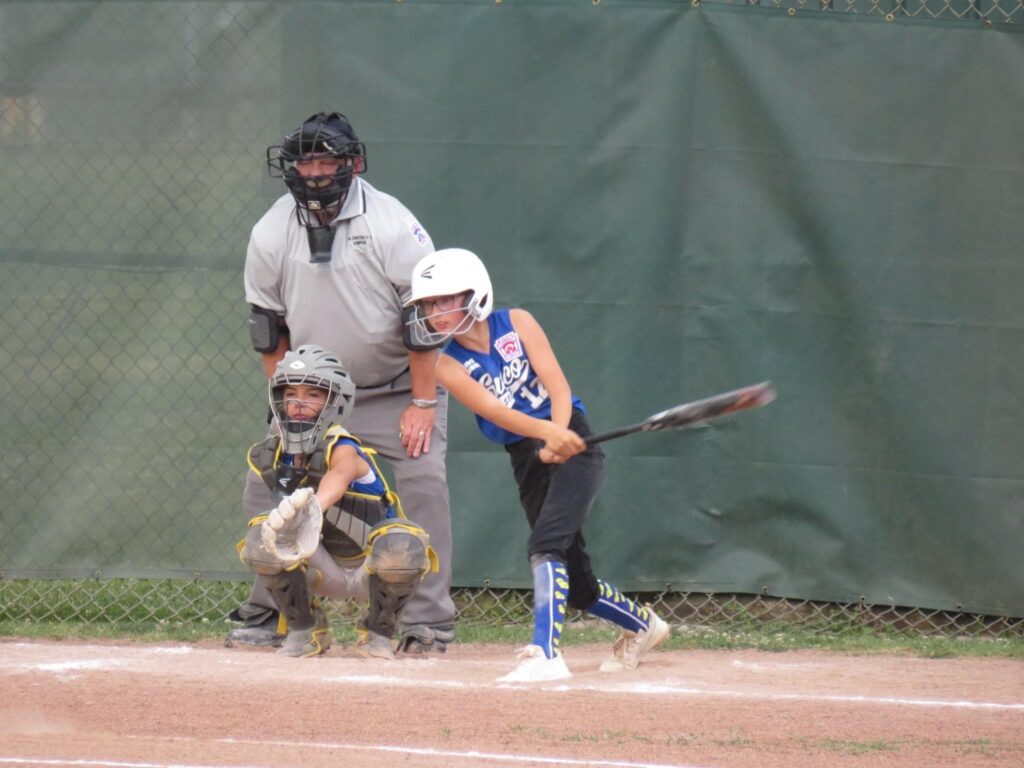 Anna Evans at bat for the Susco Minors softball all-stars during sectional play in Wellsboro.

A surprise win, a lopsided loss, and a heartbreaking finish highlighted the Susquehanna County Minors softball run through sectional play of the Little League Softball tournament.

District 15 champion Susquehanna County opened with a 3-2 win over Selinsgrove on July 13 in Wellsboro.

Down by two going into their half of the fifth inning, Alayna Mott got Susquehanna County on the board when she reached base on a single and scored on a double by Dionne Stone. Stone then scored to knot the game on Lexi Mosier’s double.

In the sixth inning, winning pitcher Anna Evans homered to give Susquehanna the victory.

Evans was stellar in the circle holding Selinsgrove to the two runs, while striking out 11 and issuing just one walk.

Two days later, Susquehanna County found themselves in a rematch with Selinsgrove after Selinsgrove defeated Williamsport a second time to reach the section final.

In the rematch, Selinsgrove got on the board first with three runs in the third inning on a controversial play. The Susquehanna County staff felt runner interference should have been called and, subsequently, played the remainder of the game under protest.

Selinsgrove continued to pile on the runs adding three more in the fourth to chase Evans from the game.

Despite the six runs, Evans earned 10 strikeouts in the loss. She was relieved on the mound by Rylee Traver and Miah Rosin, who recorded the final six outs and Selinsgrove added five more runs.

Susquehanna County’s protest was not upheld and the 11-0 win for Selinsgrove forced a deciding game on Saturday afternoon.

In the winner-take-all game, Evans held Selinsgrove for four innings but they were able to manage a run in both the fifth and sixth innings to prevail, 2-1.

Evans had three hits to lead Susquehanna County and scored the only run off a Traver double. On the mound, she had another double-digit strikeout effort, fanning 10 Selinsgrove hitters.

While the outcome was not what the team had hoped, Coach Dylan Traver was satisfied with his team’s effort.

“The team played hard all the way, and I couldn’t be more proud of them,” said Traver.