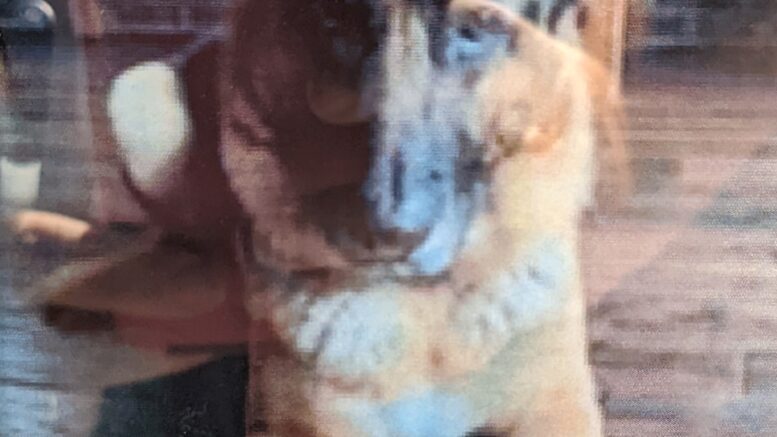 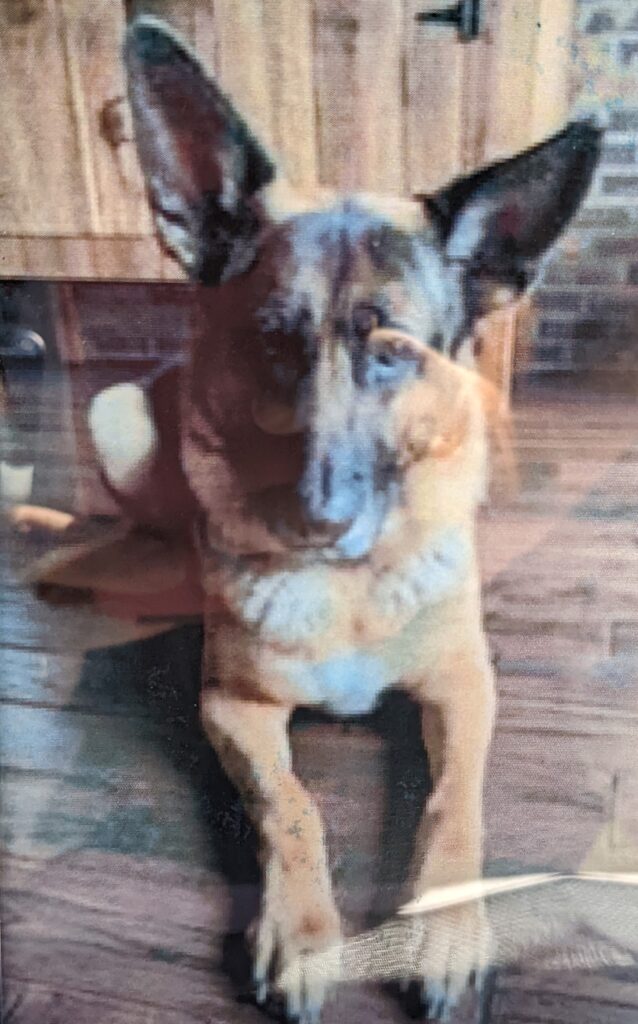 The Susquehanna County District Attorney’s Office paid tribute to canine officer, Echo, on Friday, with many members of the law enforcement community, along with county and school district officials, gathering to pay their respects to the officer. Echo passed away on July 29.

A memorial tree has been planted on the Green in Montrose in honor of Echo.

“It’s a big commitment,” he said of the handler’s responsibility for the dog. County Detective Justin Sprout was Echo’s handler. “As Justin knows, it is a 24/7 job. The training never stops,” said Judge Legg.

The judge said Echo was “special,” and a testament to the efforts put forth by Sprout and his family. “Not only was he a good police officer, but a good community representative,” Legg said.

The judge offered his personal thanks and condolences to the Sprout family. “Not only was he a wonderful officer, but also a beloved family member.”

District Attorney Marion O’Malley spoke of the balance in Echo’s life, that along with the rigorous training, he also had time to play. “Playing ball was his favorite activity,” she said.

“While we will all miss him, we will never forget his tremendous service to our community,” O’Malley said.