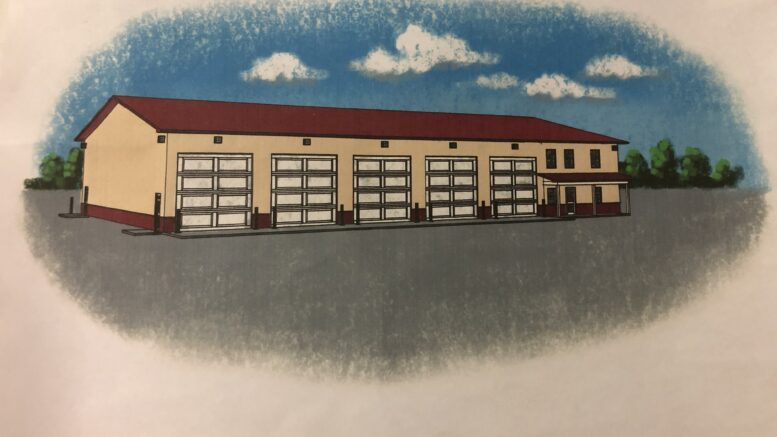 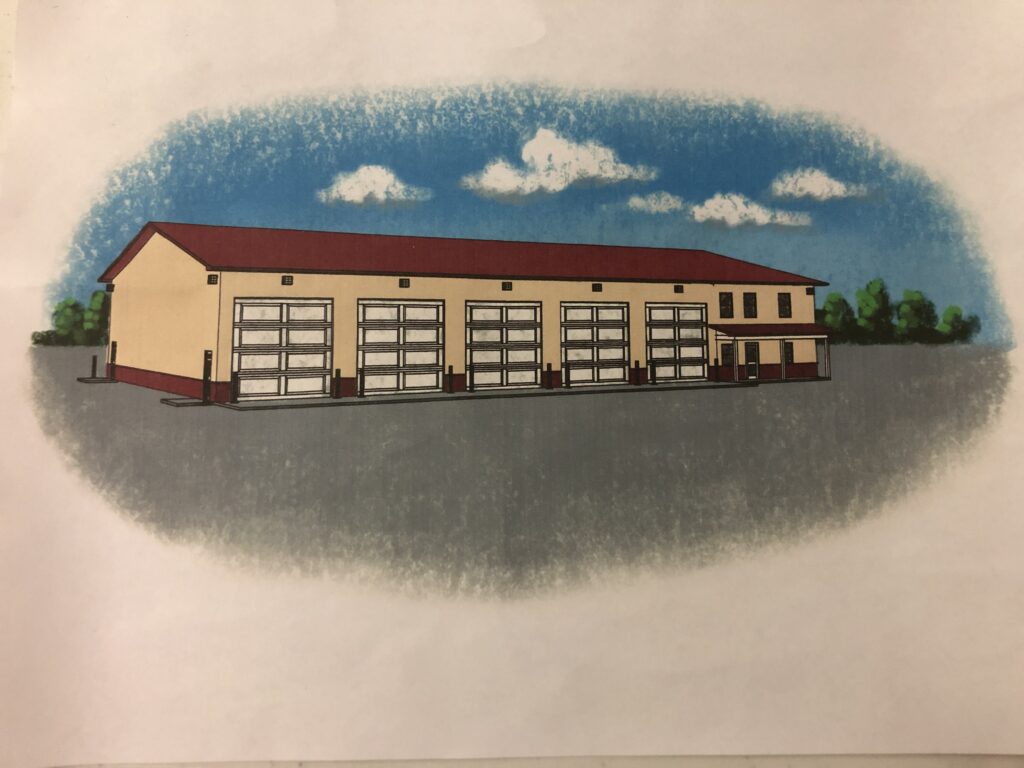 For years, a new fire and ambulance station for Columbia Hose Company, New Milford, was only a dream. But with the donation of the former Pump N Pantry Training Center 2.34-acre property on Main Street in 2016, those dreams began taking more substantive shape.

Now the fire and ambulance service has plans underway to convert a pole building on the donated property to an ambulance station, as the first phase of the overall project.

Columbia Hose Chief Dwayne Conklin said the conversion of the pole building will be paid using funds generated by the ambulance squad.

“They have gotten so busy,” Conklin said. As of Monday evening, the ambulance has already responded to about 370 calls this year.

Conklin credited Scott Rumage, ambulance captain, and Karen Gudykunst, first lieutenant for their role in building up the ambulance service. “This would not be possible without the volunteer ambulance,” he said. “The hours they have spent volunteering to get this done is amazing.”

With construction of a new ambulance station, the organization is also planning to bring on a paid crew to work weekdays. Conklin said nights and weekends would still be manned by volunteers. The goal is to have the ambulance station project underway later this year.

On the firefighting side of plans for Columbia Hose, the current station is crowded, with the equipment barely fitting into the garage bays.

Construction of the proposed new five-bay station would require the tear down of the training center building and would sit farther back on the property.

He said the site is outside of the floodplain and could be used as an evacuation center and would provide for better community access.

“We want to build for the future,” Conklin said, noting the proposed design would be able to house Columbia’s brush truck, engine and two tankers, as well as provide a work bay.

The total cost of the project could reach beyond the $1 million mark. “We need funding,” said Assistance Chief Thadd Taylor, who has devoted a large amount of time to moving the project forward. With the receipt of the building drawing and specs, Taylor believes the company will soon be ready to begin the bid process.

The volunteer company has received grants, budgeted and held fundraisers, but additional help is needed.

Conklin said the community is seeing more movement from Columbia Hose Company and that has increased volunteers becoming involved with the company. “With increased activity, there has been increased interest (in volunteering),” he said. “But we can always use more.”

“As many years as we have talked about this, it is getting exciting,” Conklin said. “It’s long overdue.”