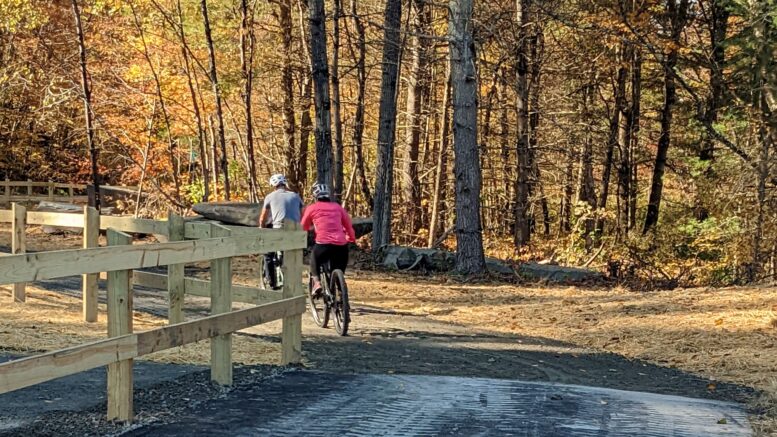 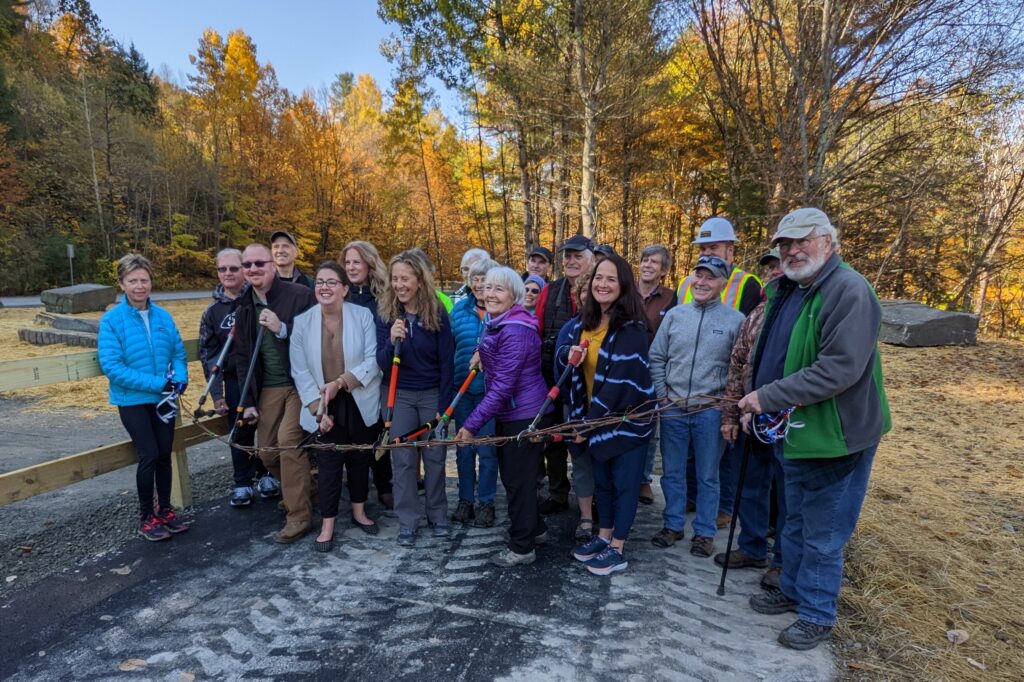 In the program, Rail-Trail Council Executive Director Valerie Senese wrote: “As we come together to celebrate this monumental task of two new trailheads, a pedestrian bridge and almost six miles of tail and drainage, it comes with the sobering reminder that it is truly a team effort.”

Members of that “team” came together on Saturday to offer their remarks on the project.

“We have a little bit of heaven in our own backyard,” said Commissioner Judy Herschel. “It allows us to appreciate what we have here more and share it with all who don’t have it.”

The PA Dept. of Conservation and Natural Resources funded a portion of the trail work. Christine Dettore, DCNR Regional Advisor, said the opening of the trail is part of the statewide trail vision helping to make that vision a reality.

PennDOT District 4 Project Manager April Hannon said she was grateful to be part of another D&H Rail-Trail project. PennDOT also provided funds for the trail improvement.

Lanesboro Council President Dan Boughton noted that the trail opening marked a “significant milestone for our area.” He spoke about the repurposed industrial elements along the trail that leads from Stevens Point to Lanesboro.

Boughton also said the trail winds along one of the best trout streams in the state. “Great things happen with the collaboration of local stakeholders and agencies,” he said.

Matthew Walsh, an engineer with Colwell-Naegele Associates, promised to return to the trail in the future. “This one is special to me,” he said.

Corey Rutledge, of Rutledge Excavating, spoke about the transformation of the old rail bed to a safe place to exercise.

Retired Rail-Trail Council Executive Director Lynn Conrad said this section of the D&H trail was her “last hurrah” as she spoke about the historical features along the trail, including the Starrucca Viaduct.

“This is a history we want to highlight,” she said, noting the site of the former Stickley Furniture Factory in Brandt.

Special thanks were also offered to the late Joe Rockwell, who worked with the Rail-Trail Council. “What a legacy to leave behind. What a gift to leave for us.”