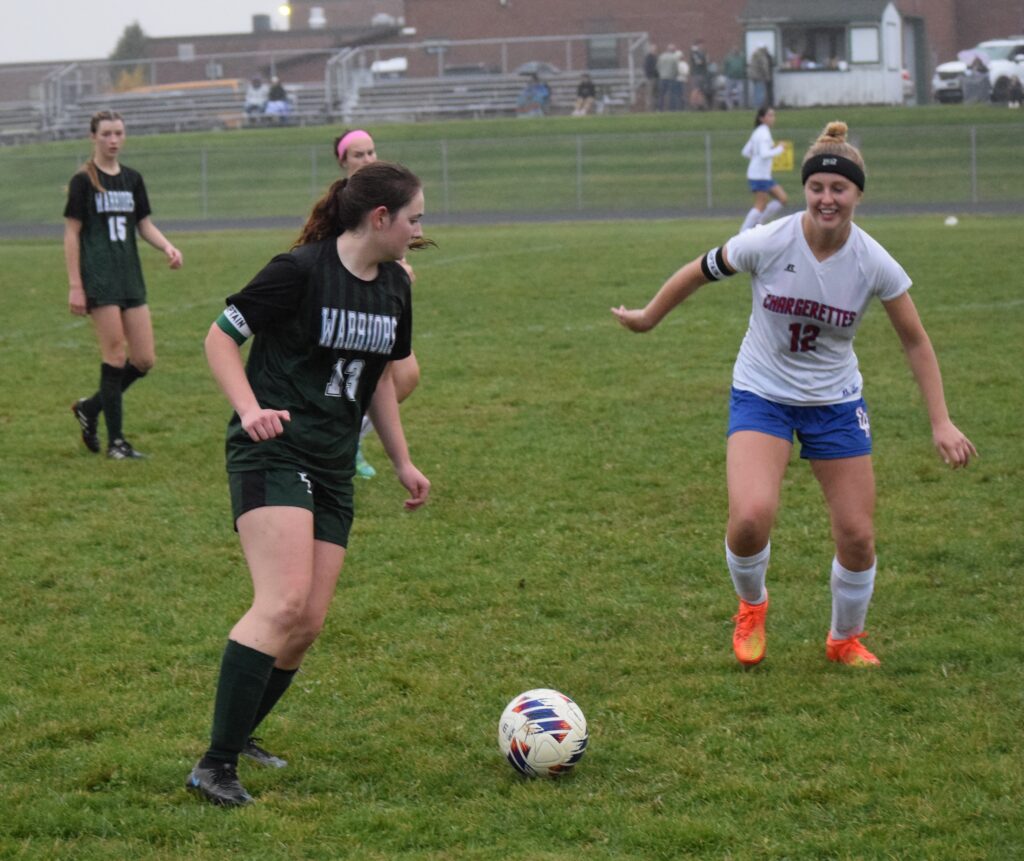 With the first round of the District II playoffs kicking off early this week, local teams put the finishing touches on their seasons last week.

Riley Phillips converted a penalty kick with 1:28 remaining to give Blue Ridge a 2-1 victory over Western Wayne to secure a home game in the opening round of the District II Class A playoffs.

Aiden Glasgow tied the game at one with a goal with 15:12 remaining in the first half. Goalkeeper Nick Laude had 10 saves as the Raiders were outshot 23-9.

The Raiders hosted Mountain View on Monday. The Eagles finished their regular season with 5-0 loss to Scranton Prep. Goalkeeper Jason DeManicor had 11 saves as the Eagles were outshot 18-4.

Elk Lake secured the third seed in the Class A playoffs with a 2-1 victory over Mid Valley. The Warriors hosted Gregory the Great on Monday. Wyatt Johnson opened the scoring with a goal during the 23rd minute and Aiden Burry scored with just under three minutes left in the first half off an assist from Henry Lopez. Elk Lake goalkeeper Gage Shupp had four saves as the Warriors outshot Mid Valley 12-8.

After falling behind early Caitlyn Kerr celebrated Senior Night with two goals in a two-minute span to propel Elk Lake past Carbondale 7-1.

Curley and Traver each had a second half goal as did Brenda Velasquez and Camryn Greenwood. Madi Casselbury had two assists and Johns also had an assist.

Two goals in a nine-minute span of the first half proved to be the difference as Dunmore defeated Mountain View 2-0 in a Division II season finale. Mountain View outshot Dunmore 19-18 and Lady Eagle goalkeeper Claire Getz earned 13 saves.

The two teams squared off again last night in the first round of the District II Class A playoffs.