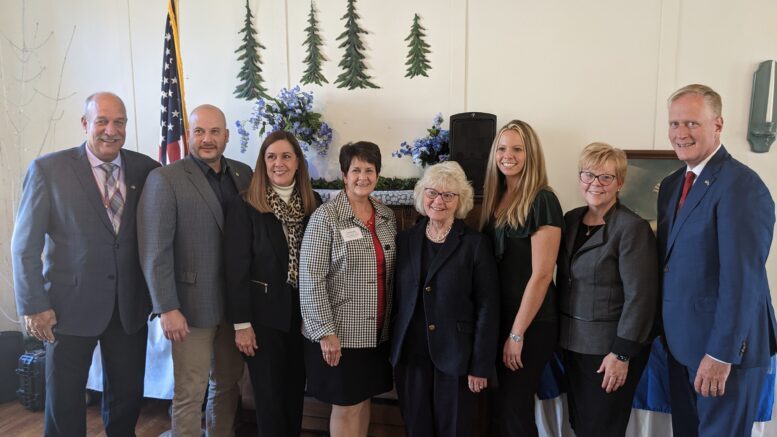 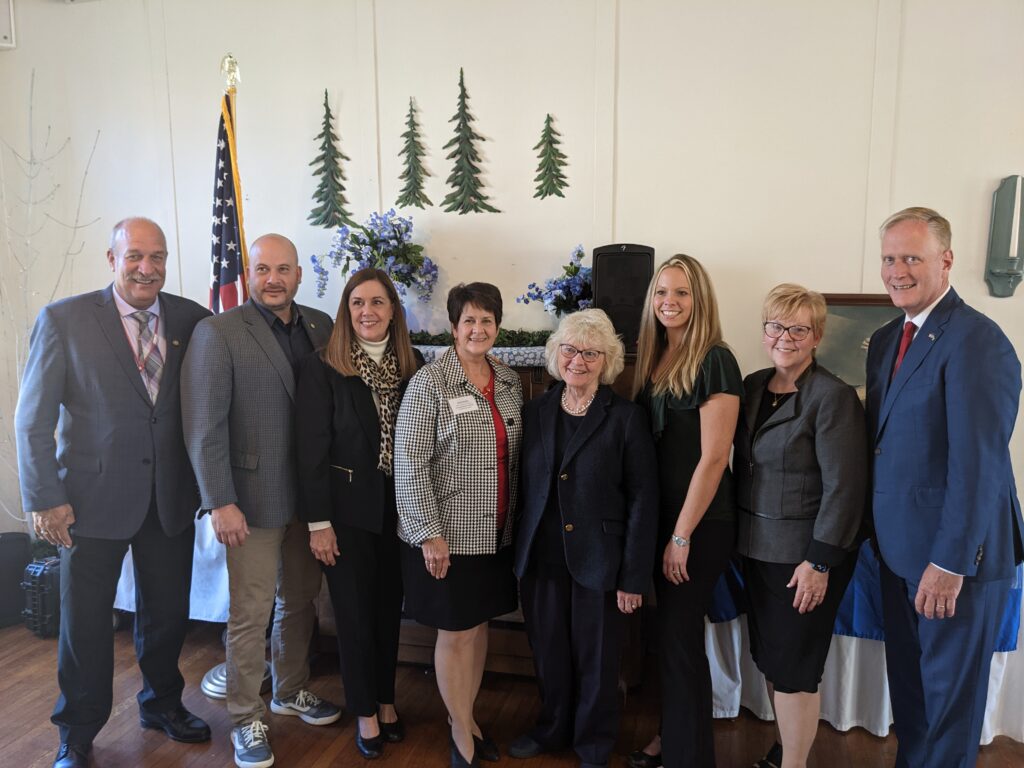 The Montrose Area Chamber of Commerce hosted elected leaders on Friday, Oct. 21, at the annual legislative luncheon, held at the Montrose Bible Conference.

The gathering provided an opportunity to hear about legislative work happening in Harrisburg, but officials also focused on the impact of redistricting – including the change of election districts that affect Susquehanna County.

Troutman led off the speaker, acknowledging that Yaw would no longer be representing Susquehanna County. He also provided an update on recent legislation put forth by Yaw on energy choice for consumers, as well as a bill that would keep counties in the state that ban natural gas drilling from “reaping the benefits” of the Impact Fee and Marcellus Legacy program dollars. That, Troutman said, would free up money for other counties.

Rep. Tina Pickett, who after 22 years of representing a portion of Susquehanna County will no longer due to redistricting. With family roots in Retta, Pickett offered assurance that the Northeast Republican delegation in Harrisburg would “continue to work as a team.”

Pickett also said her office has been “bombarded” by phone calls regarding service issues with Frontier and has posted a complaint form on her website.

The phone service, she said is necessary on a “safety and emergency” basis. She said she hoped the company would take action and said a town hall forum may be on tap in the future.

Pickett noted a concern about EMS services. “They’re in trouble,” she said. “We have to have service in all of Pennsylvania – especially rural areas.” Muncipalities, she explained are obligated to contract for emergency services. They have to be directly involved.”

Sen. Baker spoke about redistricting changes in the 20th Senatorial District, which went from a horseshoe shape that included all second-class townships, to “earmuffs and a scarf,” with the addition of a portion of Luzerne County. The district, she noted, is now the largest by population in Pennsylvania, and includes all of Susquehanna County.

Baker spoke about creating an equitable solution to PennDOT’s funding formula, which she said has not been updated since the 1980s. A report on the issue is expected to be released in November.

Baker also said she is working on a bill that would require testing a child for lead by the age of 24 months. “We will be protecting our kids,” she said.

Fritz said the 111th district would cover all of Susquehanna County beginning Dec. 1.

He spoke about the stream maintenance package of bills that would transfer some permitting from DEP to local conservation districts.

Congressman Keller – who chose not to seek re-election following redistricting – also offered remarks. “You can’t be pro job and anti-business,” Keller said. “The way to help is by not getting in your way.”

He also spoke about workforce development, and the potential for federal work study programs directly linked to businesses. “A well educated society is good for all of us,” he said.