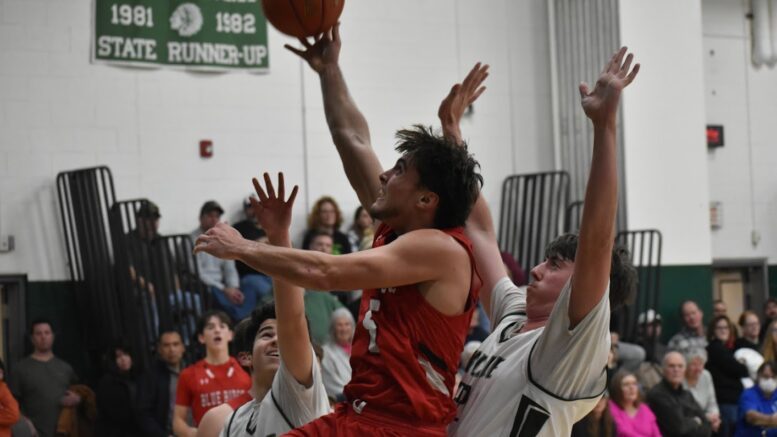 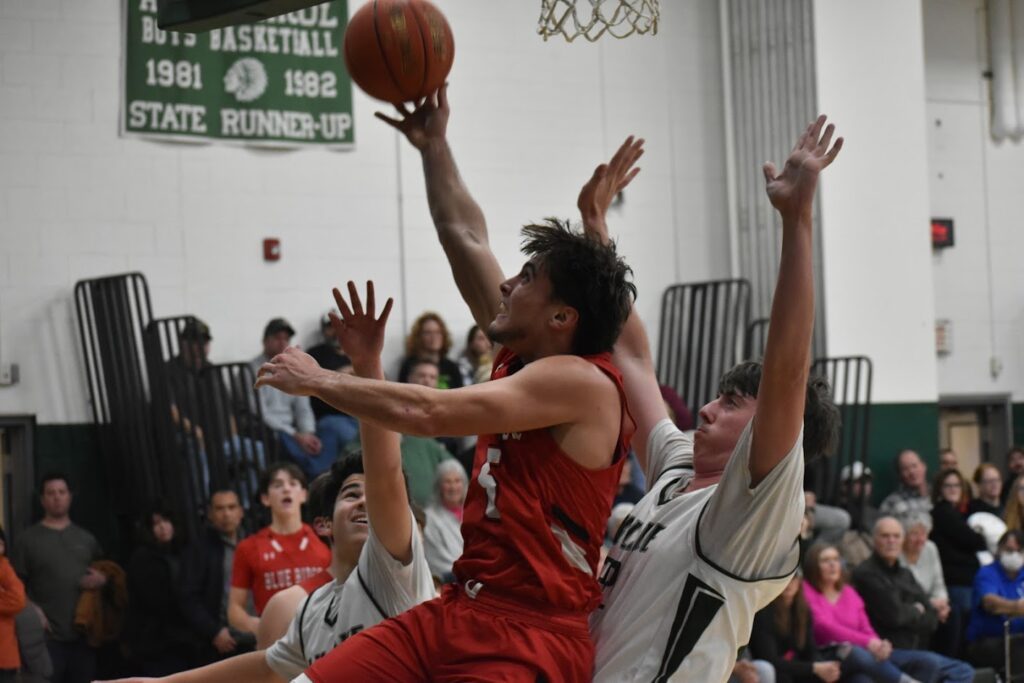 Cranage scored 14 of his game-high 26 points during the stretch of the second and third quarters that saw the Raiders take a three-point lead to nine-point advantage at intermission and expanding it to 15 heading into the fourth quarter.

“We knew we had to push the ball more and capitalize on fast break opportunities,” said Cranage. “Another huge thing was our defense, deflecting passes, getting steals.”

All Tournament selection JJ Rosa added eight of his 13 points during that key stretch and seven other Raiders scored in the same span.

Blue Ridge Coach Wes Parks credited the importance of his depth to contributing to the surge in the middle quarters in both games of the tournament.

“We got important minutes from our bench guys,” said Parks. “James Barbour, Morgan Thomas, Dalton Rutter all came and contributed buckets, played hard, and gave our starters a necessary break.”

Both Cranage and Parks saw the tournament victory as a positive step heading into league action that began last night.

“The tournament win gives us a positive mindset going into the season,” said Cranage. “But the tournament ultimately showed us what we have to improve on to be dominant.”

“Blue Ridge hadn’t won the Christmas tournament in seven years,” added Parks. “So it was a goal for us to bring the championship trophy back to New Milford.”

Elk Lake was led by Logan Ayotte who finished with 13 points while Isaac Gesford and John Heitsman each posted 11.

Joining Cranage and Rosa on the All-tournament team were Ayotte and Wyatt Casselbury from Elk Lake, Montrose’s Sam Stashko and Susquehanna’s Colton Stone.

Blue Ridge earned its way to the championship game with a 76-52 win over Susquehanna in the boys’ opening game of the tournament.

The Raiders outscored the Sabers 24-14 in the third quarter to push a seven-point halftime lead to double digits behind seven points from Ryan Scott and six from Gallagher.

Cranage had another double double to lead Blue Ridge scoring 20 points and snaring 10 rebounds. Bradley also had 10 rebounds and Rosa finished with 11 assists.

Susquehanna was led by Stone who had 18 points while JT Burke and Linden Baker added eight.

Elk Lake earned their trip to the finals by outscoring Montrose every quarter on its way to a 56-38 win over the Meteors.

Dawson Sherman scored nine of his game-high 17 points in the first half as the Warriors built a 22-15 advantage. Casselbury and Ayotte combined for nine points in the third quarter as Elk Lake built a 38-27 lead.

Ayotte finished with 13 points including an 8-8 from the foul line and Gesford added 11. Stashko led Montrose with 15 points and Alix Warriner added 11.

In the consolation game, Jack Russell had 20 points and Montrose outscored Susquehanna in the middle quarters to capture third place with a 52-38 win.

Stashko added 12 points for the Meteors and Levi Smith chipped in with nine. JT Burke’s 15 points paced the Sabers and Stone added 11.