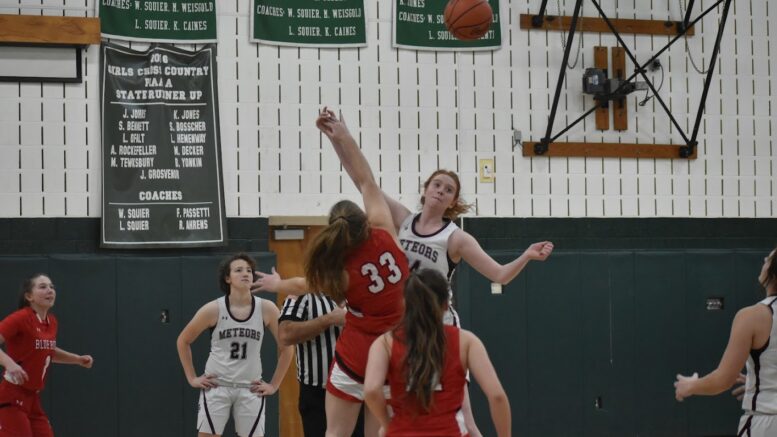 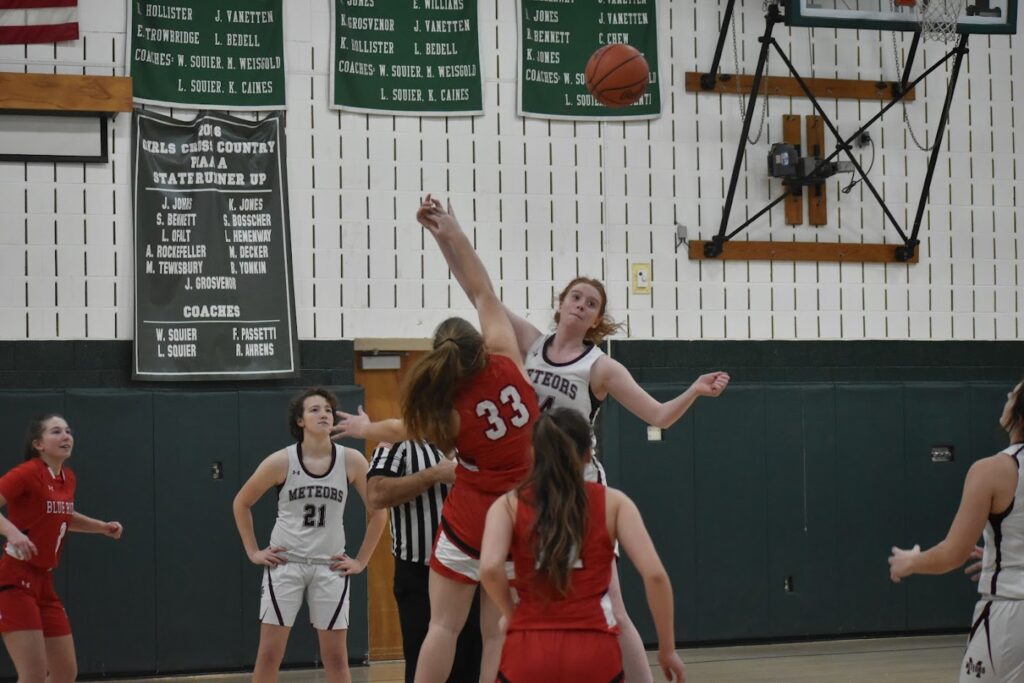 Montrose used a quick start and cruised to the title of the Jill Hoffman-Denise Reddon Memorial Basketball Tournament with a convincing 52-24 win over Elk Lake.

Aspen Smith scored six points and Haley Pompey, Mia Snyder, and Paley Adams each scored four as the Lady Meteors built an 18-2 lead after one quarter.

Smith and Pompey each scored six in the second quarter as the lead ballooned to 32-8 at intermission.

Pompey credited the Montrose schedule leading up to the tournament as a key to the team’s success.

“Our coach makes our preseason schedule as tough as he does so it will help us down the line into playoffs,” said Pompey.

“Harder competition always makes you better, and we found that in our games leading up to the tournament,” said Montrose Coach Todd Smith.

Smith also felt his team established itself defensively and found something it needed to replace last season’s co-player of the year Tangi Smith who graduated.

“We needed to find a leader, fill that void of Tangi moving on and I saw that,” said Smith. “I give a lot of credit to my seniors. Haley and Mia really stepped up.”

“I thought Mia played really well,” added Coach Smith “She also played well enough to earn All-Tournament honors. She didn’t score like she did first game but did a lot to set people up.”

In the consolation game, Emma Button scored 11 points and Blue Ridge held Susquehanna to two in the second quarter to take control in a 43-29 win.

Montrose earned its way to the title game with a 55-19 thrashing of Blue Ridge in the girls’ opening game.

Elk Lake got to the title game with a 53-23 win over Susquehanna.

The Lady Warriors took control when Caitlyn Kerr scored all 10 of her points in the first half to take a 24-12 lead. Traver put the game out of reach, scoring 10 of her 12 points in the third quarter. Iveson led Susquehanna with nine points.