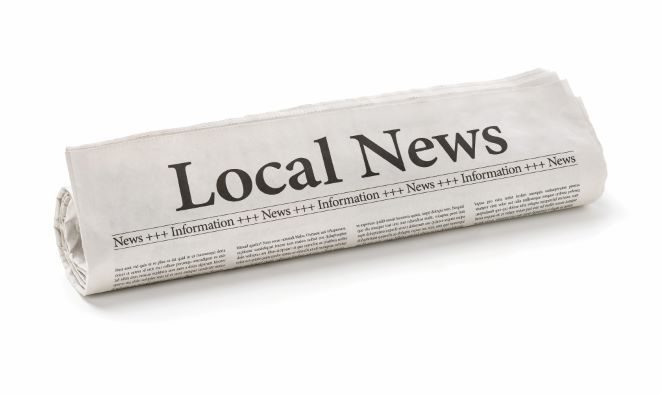 Local grapplers shook off the holiday meals with a return to the mats in area holiday tournaments.

Elk Lake and Montrose competed in the Frank Wadas Memorial Wrestling Tournament held at Tunkhannock High School and each school came home with some medals.

Montrose’s Dylan Geertgens made quick work of his opponents in the 133-pound weight class recording pins of 43 and 48 seconds in his first two matches. In the finals Geertgens wore down Scranton’s Jacob Lenori earning a pin at the 5;47 mark in the third period.

Tyler opened with a win by fall in the quarterfinals and earned a 4-0 win in the semifinals.

Rogers opened with a quick 33-second fall and earned another pin in the semifinals at the 2:40 mark.

In the championship match Rogers got behind early to Tunkhannock’s Patrick Munley and lost a 15-4 major decision.

Baker also got out to a quick start earning two first period pins. He took his first opponent at the 36 seconds mark and won the semifinal with a pin of Montrose’s Josiah Gibbore at 1:37.

In the championship Troy’s William Steele got the upper hand late in the third period and pinned Baker at the 5:33 mark.

Boehm opened with a first period pin of Elk Lake’s Whalen Kinney getting the Warrior at the 42-second mark. He followed with a tough loss when he was pinned with eight seconds remaining in the match.

But the Meteor grappler bounced back with a second period fall in the consolation semifinal and then won by forfeit over Mountain View’s Tanner Holtsmaster due to Holtsmaster having wrestled five matches on the day.

Holtsmaster reached the third-place match by pinning his first opponent in the first period. He then fell in the third period of his next match to drop to the consolation bracket.

The Eagle then recorded back-to-back first period wins taking his opponents down at the 1:40 mark and pinning Kinney at 37-second mark. In the consolation semifinal Holtsmaster made quick work of Scranton’s Kevin Cordero earning the fall in 45 seconds.

Montrose’s Larissa Taylor earned third place at 107 pounds when she rebounded from an opening round loss with a pin at the 2:01 mark versus Wilkes-Barre Area’s Chase Marek.

Hunsinger opened with a first-period fall to drop into the consolation bracket. He bounced back with falls in 1:50 and 1:56 respectively.

In the third-place match Dallas’s Caiden Scouten took Hunsinger down in the first period.

At the Windsor Christmas Tournament Blue Ridge finished 23rd in the 39-team field.

The Raiders were led by Jackson Maby who opened with three straight first period pins in the 132-pound weight class. The Junior then recorded a 4-1 decision before being edged 3-2 in the semifinals. Maby then lost 10-2 major decision in the third-place match.

Brice Woodruff and Kaleb Shimer each went 2-2 at the tournament.

Woodruff had two pins at 102 pounds and lost a pair of 4-0 decisions.

Shimer earned two first-period pins at 152 pounds coupled with a first-period and second-period loss by fall.

Callahan at 160 pounds and Oropallo at 145 recorded second period pins. Shea wrested at 138 pounds and sandwiched a 4-1 decision between to losses by fall.

Sheffer earned a quick 35-second pin and lost a narrow 7-6 decision and was shutout 6-0 in his final match.

Be the first to comment on "Wrestlers medal at holiday tourneys"