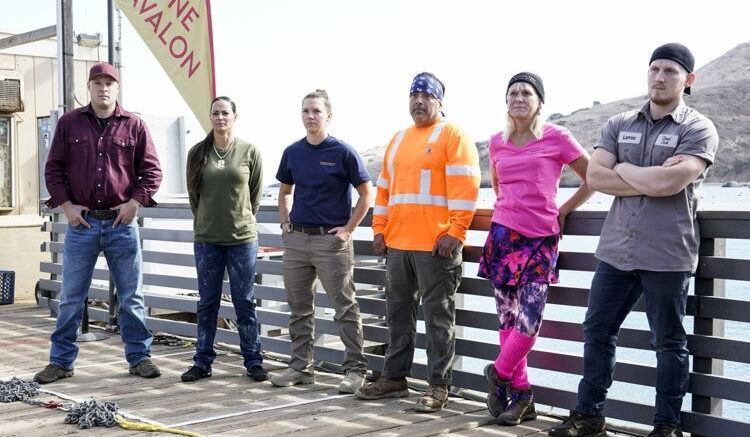 Pictured on the left, Jake Cope will appear on “Tough as Nails” in January. The show features competitors that have a unique skill set as well as proven capabilities in a battle for the show’s top prize. Photo credit: Cliff Lipson / CBS Broadcasting, Inc.

Pictured on the left, Jake Cope will appear on “Tough as Nails” in January. The show features competitors that have a unique skill set as well as proven capabilities in a battle for the show’s top prize. Photo credit: Cliff Lipson / CBS Broadcasting, Inc.

Jake Cope prides himself on diligence and a never-quit frame of mind.
Those attributes are required in his line of work as a pipeline laborer.
The Little Meadows native said it takes tremendous sacrifice to make it in his field. Long, demanding hours with very few days off is common. So too is out-of-state travel, as laborers go weeks — sometimes months — without seeing family.
Alongside a co-worker he built a strong friendship with after years on the job, Cope climbed all the way up the chain of command over time, eventually becoming a foreman at a prestigious company in Virginia.
Recognizing Cope’s hard-nosed work ethic, that same friend had an idea, he suggested Cope send a photo of himself to the CBS television show “Tough as Nails” with hopes of becoming a contestant.
The show features blue-collar workers from different backgrounds throughout the country competing in a number of rigorous events.
Cope pursued the opportunity, and much to his surprise, received a phone call soon after.
Following a tumultuous couple of years, Cope eventually made his way to Catalina Island for the show’s fourth season. Along with 11 other contestants, Cope will compete for the top prize of $200,000, as the show is set to air on Wednesday, Jan. 4 on CBS.
“My buddy gave me the link and told me he wants to send in a photo of me working,” Cope recalled. “I said ‘Get out of here. What are the chances of this actually happening?’ So, I had a really cool photo from a project we did in Tunkhannock. I was standing on a 30-foot pile of mulch with about 18 layers of clothes on because I was freezing my butt off 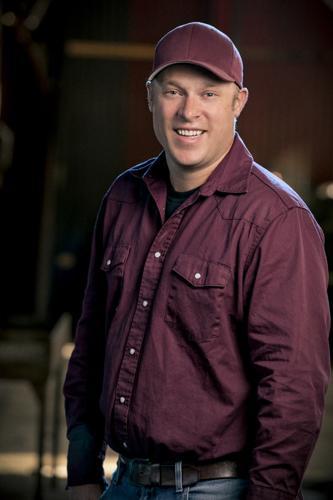 at work. I sent in that photo, then a week later I got a phone call.”
That first phone call came back in 2020, and after another phone and Skype interview, Cope was picked for the pilot of Season One. What he considered a long-shot opportunity was seemingly coming to fruition.

Devastation
While carrying firewood for his stove at home, Cope took a hard fall, which tore his quadriceps as well as the meniscus in his knee. The unfortunate accident happened just two days prior to the show, shattering Cope’s dream of competing on the first season.
“I’m on the couch and can’t walk,” Cope said. “I worked hard all year and was really looking forward to this, especially it being the first season. It was something that meant so much to me because it’s for blue-collar workers like myself. How great of an opportunity it was, not only for me, but people in my industry. We do the best we can to feed our families. It was just so heartbreaking and a really tough time. All the money I saved throughout the year slowly started to disappear because of bills and hospital visits. It was a hard time.”
An optimist, Cope kept in the back of his head he would have another opportunity to appear on the show in a future season. But as time went by and as Cope’s injuries healed, he continued to succeed in the pipeline industry, eventually accepting that position as foreman in Virginia.
“I thought I lost my shot, so I went to Virginia for my first-ever bossing position; my first shot being a foreman at a big company,” Cope said. “I made a promise to my co-worker: ‘I will not leave you. I will be here until the end.’ In my business, it’s about loyalty because you build a bond with the people you work with and that bond is so strong. Your loyalty to them is everything because you rely on them so much. I couldn’t bring myself to [leave], so I turned it down.”
Finally, in season four, the stars aligned for Cope. CBS once again called him to compete, and this time, Cope fulfilled his dream.
“Here we are in Season Four, and I knew it was my time to go,” Cope said. “You’ll see things on the show that build up throughout the years and I’m very happy I went this year. I’m so happy to have been with the people I was with. The cast was awesome and everybody was just amazing. Great group of people and just a great show.”
“You never know in life; you have to keep going,” Cope continued. “If you fall down, get back up and keep going and always believe you have a shot and opportunity because not everything is lost and gone. I’m so happy I was a part of this. Just a great experience.”

Early life
Cope grew up in Little Meadows, a small borough of approximately 250 people in the northwest corner of Susquehanna County.
He attended Northeast Bradford School District and competed in wrestling, baseball, basketball and soccer as a kid. But he eventually found most of his success in racing snowmobiles and motocross.
“My parents moved from southern Pennsylvania. My father’s a logger and my mom worked at the saw mill where my dad bought timber from,” Cope said. “We had a farm house on 87 acres. I was always outside with my father and we worked very hard in each sport. But over time, I knew I needed to do something else. That’s when I began racing snowmobiles and motocross.”
Within four years, Cope won a New York State Championship in Motocross.
“It was something that was very special because it’s you and your family. That’s what makes you how good you are at something — your family,” Cope recalled. “My mom fed me correctly and made sure I was healthy. My dad trained me and took me to the track every night. In a short time, we got really fast. They dropped everything for me and we did that for seven years until I was 19. I became an expert rider and it’s something that’s really special to me.”

Life on the pipeline
After high school Cope started working in the gas industry, which became huge in Bradford and surrounding counties in a short time.
“Someone mentioned to me how the pipeline union works, and the amazing health care, pension plan, retirement plan. I said ‘hey, that sounds like a good deal.’ So I showed up at 6:30 a.m. to what used to be Rockford in Montrose,” Cope recalled. “I talked to the labor steward that morning and he said ‘hey, want to join us?’ and the rest is history.”
Cope’s experience in the pipeline field has been life changing. The camaraderie he and his co-workers share is second to none, a trait he carried with him during his time competing on television.
Tough as Nails
The show itself demands contestants to perform tasks they may or may not have ever done before. Each competitor has his or her own unique skill set as well as proven capabilities. But the tasks are by no means easy. In fact, they’re just the opposite.
“What people don’t understand and what they don’t see is there are going to be tasks that we’ve never done before,” Cope said. “I can tell you that you want to have a skill set that’s vast because you’re going to run into something you haven’t done before.”
Not only does the show require physical toughness but also just as important is the mental aspect.
“The mental part of it is a lot harder than one would think. You’re not in an area that you’re familiar with, and you can’t talk to people outside the show,” Cope said. “You can’t call mom and talk to her. You’re around people you don’t know. You can’t call a friend for advice, and none of us have ever had cameras on us all day long. That pressure weighs on you so much and it brings on anxiety. It does wear off a bit because you get used to it, but the pressure does make it harder.”
While the constant anxiety did subside for Cope, he still had trouble sleeping because he knew it was right back to competing the next day.
Perhaps the hardest part of the show was the unknown.
“You’re wondering what the next event is going to be because you don’t know anything ahead of time; you’re going in blind,” Cope said. “Then the people you’re up against become your friends and they’re doing this show for family or someone they’ve lost, maybe for their hometown. Now you have to beat someone you’re friends with and you know why they’re there, and that makes it extremely hard. There’s times you want to win, but you also don’t want to win.”
Naturally, Cope built strong friendships throughout the show and plans to remain in touch with his new allies.
“The camaraderie was great,” Cope said. “There was no one that was arrogant or disrespectful. Everyone was respectful and helped each other. You feel like family after you leave because these people are just great. The people I was with, all the way around, every contestant, I’d have them all over for dinner and sit at my table with me.”

It takes a village
Cope’s support system has remained constant throughout his life. He is quick to attribute numerous people for his successes over the years.
“I want to thank everybody in my life: my union, my parents, my friend Chris, the doctors who helped me heal. It’s your support system in your life that helps shape you. You have your own free will to be who you are, but a lot of that is who you have around you and who supports you, and lifts you and encourages you to do great things,” Cope said. “I have a very great support system and I’m very thankful for that. I’m blessed with very great parents and close friends.”
If Cope can get one message out to the world, it’s to recognize the admirable pipeline workers and the sacrifices they make.
“A lot of people don’t understand what our work entails in pipelining. We don’t work an eight-hour day, there are no vacation days and there are no sick days. You work until the job is done. If you miss more than two days, you’re gone,” explained Cope, who has worked in four different states this year.
“Where there is work is where you have to go. It’s a lifestyle that not a lot of people can do and the people who do it sacrifice a lot. I remember staying in a hotel with one of my buddies; he has four little girls at home. They call him and they miss their dad so much. He’s doing it for the insurance, the benefits and to support his family. That means a lot. I’ve worked 100 hours in a week before and I’ve worked straight through a 24-hour shift in a river — it’s brutal work. You have to be one tough son of a gun. I think they deserve a lot of respect and the world needs to know what they sacrifice for their family and for their kids.”