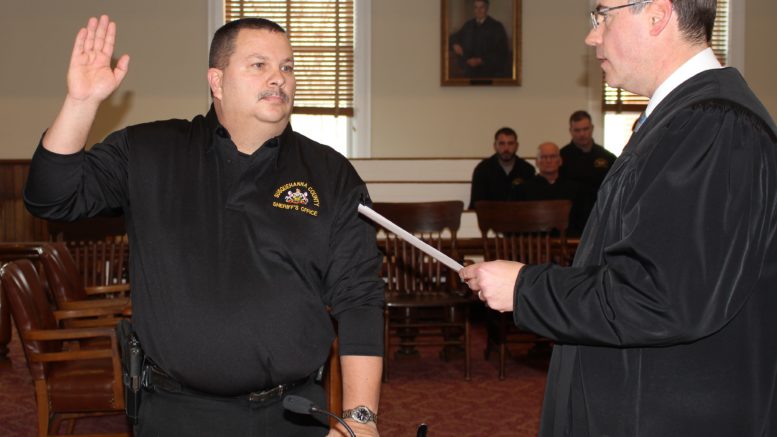 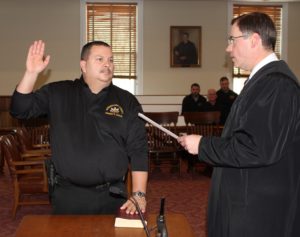 The oaths of office ceremonies were conducted in the main courtroom.

Magisterial District Judges Jeffrey Hollister and Jodi Cordner were both re-elected to their positions.

Sheriff Lance Benedict was also re-elected. He, along with 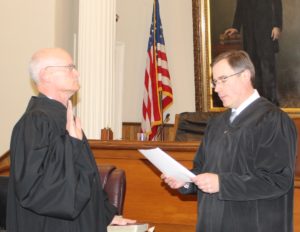 the deputies in the department, took the oath of office on Friday.

Newly elected Clerk of Courts and Prothonotary Margaret “Jan” Krupinski was administered the oath of office by Judge Legg, with her two daughters and husband at her side for the ceremony.

Susquehanna Mayor Nancy Hurley and Hallstead Mayor Angela Zick were sworn in. They will now be able to administer oaths to borough council members at reorganization meetings slated to be held this week.

Jeanne Sullivan was also administered the oath of office for her position as a supervisor in Franklin Twp. 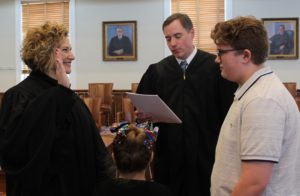 Judge Legg thanked the municipal officials in brief remarks following the ceremony. “Many of you do a lot of hard work for little compensation. Thank you for your service.”

Sheriff Benedict to be honored at Boy Scout banquet

Be the first to comment on "Elected officials take office"