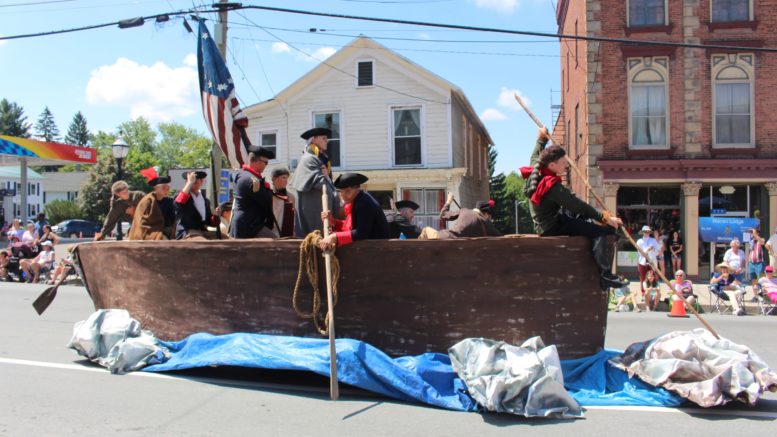 The Montrose July 4th Celebration is sponsored by the Montrose Area Kiwanis and Lions Clubs.

The theme of this year’s event was “American Patriots.”

Members of the American Legion Post 154 and VFW Post 5642 served as the Grand Marshals, and as a special tribute, Bud Wilcox was recognized as the Honorary Grand Marshal. Wilcox has played “Taps” at many funerals and memorial services for veterans over the past 25 years.

The Gift of Life Donor Program float earned second place with a $150 prize; followed by the Blue Star Mothers of NEPA in third place and a $100 award. Endless Mountains Health Systems, the Harford Fair and Old Mill Village floats placed fourth, fifth and sixth, respectively, and each garnered $50 for their entries.

The winner of the Ted Brzuska Memorial Trophy, presented by the Kiwanis Club of Montrose Area, for the float best depicting “service to youth” went to the Susquehanna Community Cheerleaders who were awarded the $100 prize.

In addition to the patriotic parade, vendors were set up on the Green, and a chicken barbecue was served.

Be the first to comment on "Montrose celebrates ‘American Patriots’"