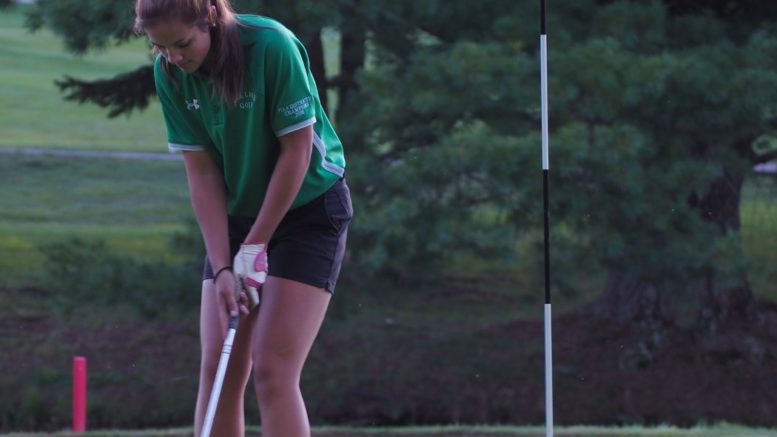 Elk Lake's Payton LaRue prepares to putt during Elk Lake's match with Dunmore on September 19. LaRue finished with a 50 on the front nine at Elmhurst Country Club helping the Lady Warriors to remain undefeated in league play. PHOTO COURTESY/TAMMY MOWRY

For Elk Lake and Chloe Sipe it was déjà vu all over again.

Seventy-five contestants were featured in the event’s 15th year held at the course in Scott Township.

Mills shot a 40 to finish in sixth place and Warriner finished with a 41 as the Lady Warriors defeated Dunmore by 10 strokes 116-126.

Elk Lake’s next two golfers, Payton LaRue and Jenna Daye would have made many of the other team’s top three. LaRue shot a 46 while Daye finished with a 48.

Montrose shot a 159 led by Annalise Ely’s 50. Alexis Hawley finished with a 53 and Shannon Stewart had a 56. Theresa Vaccarro added a 61.

Sipe shot a 41 on the Elmhurst front nine and Mills followed with a 48 and LaRue finished with a 50.