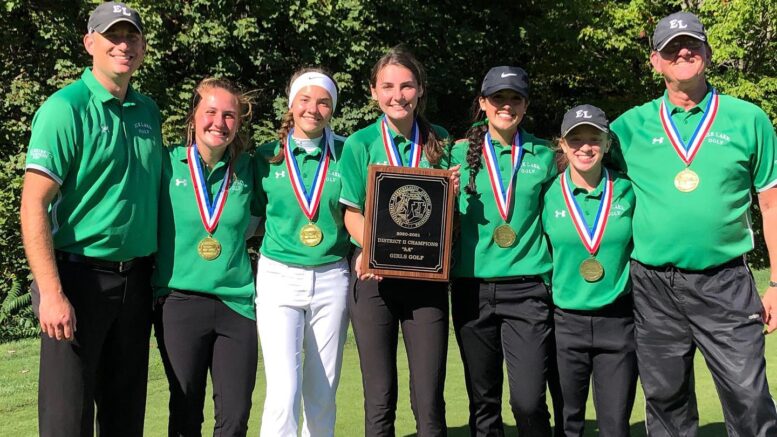 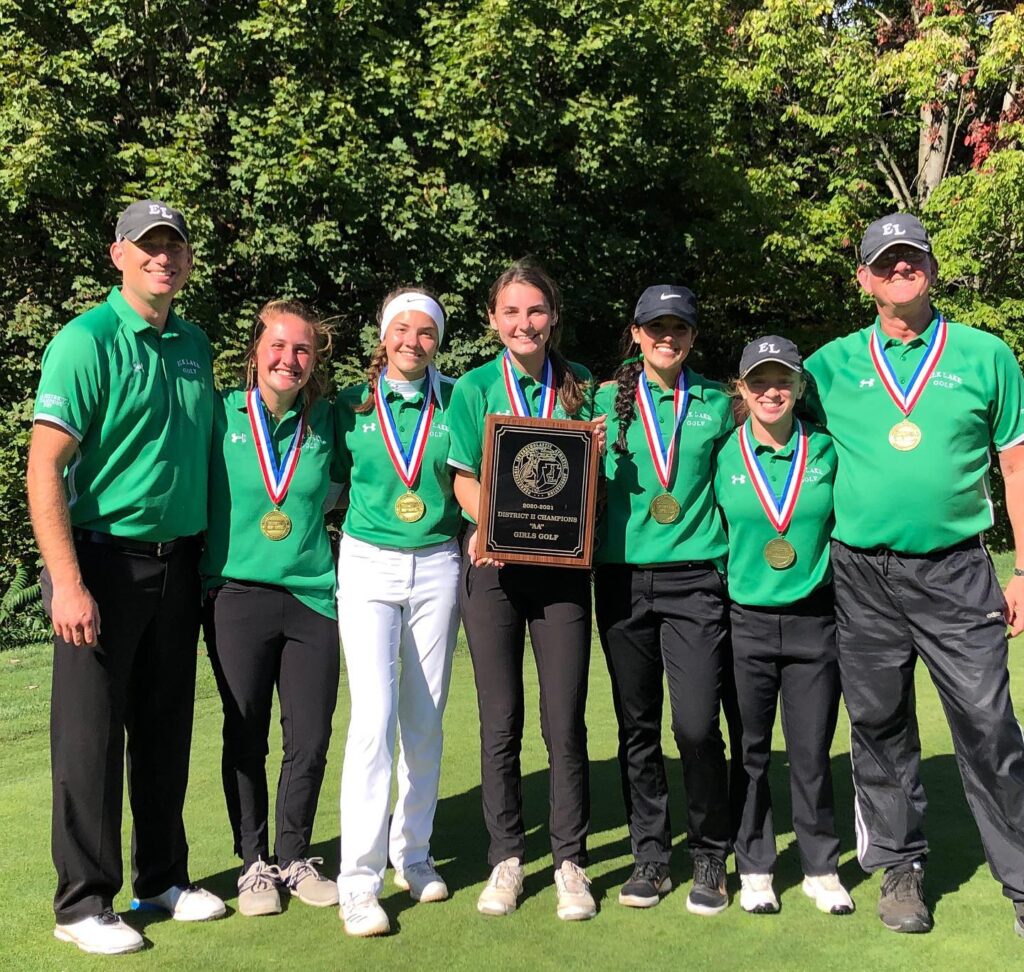 The latter has become as much a rite of autumn as the others as senior Taegan Mills shot a 93 to lead the Lady Warriors to their third straight District II title as Elk Lake downed Tunkhannock 289-310 a Fox Hill Country Club in Exeter.

Mills was joined by teammate Chloe Sipe who despite an off day still shot a 95 and Reese Warriner (101) to earn the championship. Teammates Jenna Daye (102), and Payton LaRue (106) also shot below 110 for Elk Lake.

Sipe’s off day gave Elk Lake a little scare but Mills shook off the disappointment of not qualifying for the District II individual championships the week before to steady the ship and keep the Lady Warriors in the hunt.

“We were hoping Chloe would give us a good 15-stroke lead towards beating Tunkhannock and towards the 300-team qualifying score,” said Elk Lake Coach Ryan Kipar. “When she had a 47 on the front it put some panic into us.”

But Mills maintained a steady pace while Warriner and Daye each finished ahead of Tunkhannock’s second and third scores to secure the title.

“Taegan did come up big. She has struggled mentally this year and not making it to districts made it even harder,” noted Kipar. “But she’s regrouped and learned to take each hole as a new day.”

Mills also got off to a slow start but used the familiarity of playing Fox Hills in the past to finish strong. “I was a little off in the beginning,” noted Mills. “But I just dug a little deeper and knew I had to do it for our team.”

Sipe was thankful that her teammates picked her up and felt it demonstrated how everyone has improved their game.

“It was amazing, everyone has worked so hard, and this is exactly what a team event is all about,” said Sipe.

While success has become the norm for the Elk Lake team being able to compete and have the opportunity in uncertain times is not lost on Mills and LaRue who are competing in their final high school season.

“Being able to play together and have a season is the most normal thing we have going on,” said LaRue. “The school has really done a lot to make this happen.”

The prior week Sipe shot a 71 at Elkview Country Club to have the overall low score – boys and girls – to qualify for the District II championships on a day a lot of golfers struggled with Elkview’s fast greens and challenging terrain.

“My game was on point that day,” said Sipe. “I don’t think I missed a fairway all day, never had a three-putt.”

Kipar felt the key to Sipe’s success was at the tee. “The biggest thing for her was having nice drives,” said Kipar. “She really didn’t get into any trouble.”

Sipe credited her success at the qualifier and throughout the season to maturing and adopting a proper mental approach. “It’s really a mindset,” explained Sipe. “In the past I would be nervous and now I am going into every match with more confidence.”

“Chloe struggled last year once a bad hole happened where she would let it affect the next hole” added Kipar. “This year – not that she’s had many bad holes – she has been pretty good at putting that behind her.”

Elk Lake’s contingency had a strong showing overall at the qualifier. To qualify for the District tournament golfers had to score 100 or below. Mills, Warriner, and LaRue each made it to the last hole before being eliminated.

“They were so close and wanted to make it,” said Kipar. “Fortunately, the season is not over for them and we had them focus their energy on the team events.”