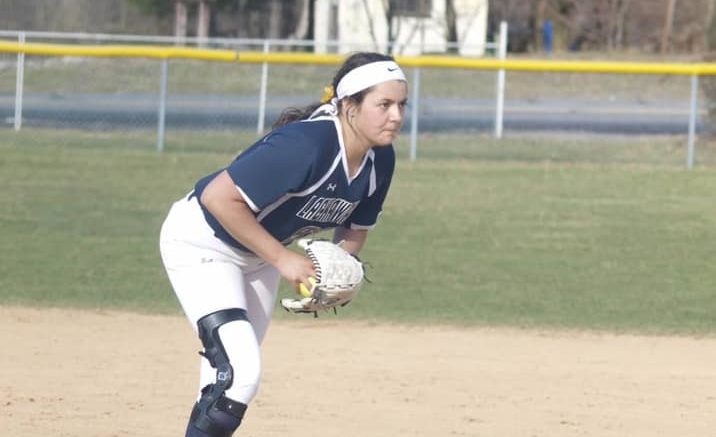 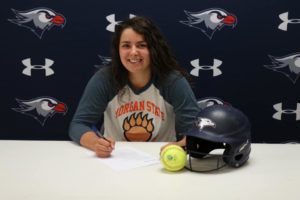 goal of playing NCAA Division I softball, she just didn’t expect the potholes along the way.

The Elk Lake High School alum recently graduated from Lackawanna College and is headed to Morgan State in Maryland to continue her academic and athletic career.

Despite a solid career at Elk Lake and summers dedicated to the travel ball circuit Mowry wasn’t satisfied with her choices for the next step in her academic and athletic future.

“Coming out of high school I wanted more options and a chance to boost my GPA,” Mowry said.

With Lackawanna College, Mowry found that opportunity and more. She made the Dean’s List all four semesters and felt she became the player she needed to be.

“I found myself as a player,” explained Mowry. “I became more confident in what I could and needed to do.”

Although recruited as a pitcher for Lackawanna College, Mowry found herself playing second base when she wasn’t on the mound after injuries to teammates each season.

While enjoying a successful freshman season Mowry encountered her first roadblock when she tore her ACL while running the bases and missed the final 11 games of the year.

After pre-surgery rehab and the reconstructive surgery, Mowry began the long road back with extensive rehabilitation.

“I’m not going to lie, there were times when I cried because I wanted to do more, to get back out there sooner,” she said.

The injury forced Mowry to miss Lackawanna’s fall season and the chance to acclimate herself to her new teammates.

“That was tough, the fall season is a time when you get used to what everyone can do,” she explained.

The test of Mowry’s patience and perseverance wasn’t quite done. While home on holiday break, Mowry was returning from work when her car hit a patch of black ice. The result was a broken jaw, a sprained ankle, and a bruise of her injured knee, but that wasn’t the first thing on her mind when Mowry woke up from the accident.

“My first thought was my mom’s going to kill me for wrecking the car,” laughed Mowry.

Despite having to eat through a straw for three weeks and the healing of the other injuries, she was cleared to resume play on February 28 and was on the mound when the Lady Falcons opened their season in Myrtle Beach, S.C.

“It was rough to start, I only pitched a couple times, my body wasn’t in shape,” said Mowry about the preseason trip.

Progressing through the season – sometimes pitching only four or five innings – it was in a loss to Morris College on April 2 that turned the corner for Mowry.

“We lost, but I was proud of myself,” said Mowry who pitched the complete game.

Mowry won four games down the stretch for Lackawanna College before being eliminated by Morris in the NJCAA Region XIX playoffs.

At the same time, she felt herself coming into shape Morgan State began making Mowry a target of their recruiting. After both teams completed their seasons Mowry made her official visit and decided that was where her next step needed to be.

“It just felt right, just like Lackawanna,” said Mowry. She plans to major in Business Management and hopefully minor in Interior Design.

“I’m really excited to play at the Division I level,” said Mowry. “My dream came true.”

While her own perseverance got Mowry through the setbacks, she realizes she couldn’t have done without the support of her father, Alex, and brother, Jason, along with all her travel coaches and the  Lackawanna College coaching staff.

“My travel coaches gave me a good base and my coaches at Lackawanna believed in me, especially Coach Pitt (Jeff Pittsman) and Coach Tom (Rudzinski)”

But Mowry credits her mother, Tammy, for being her rock and one of the biggest reasons for achieving her goal. “She was my first catcher,” said Mowry. “She got me through travel ball and the surgeries and dealt with my anger when I was frustrated.”

The challenges will come at the next level, but Mowry knows how to get through the rough patches.