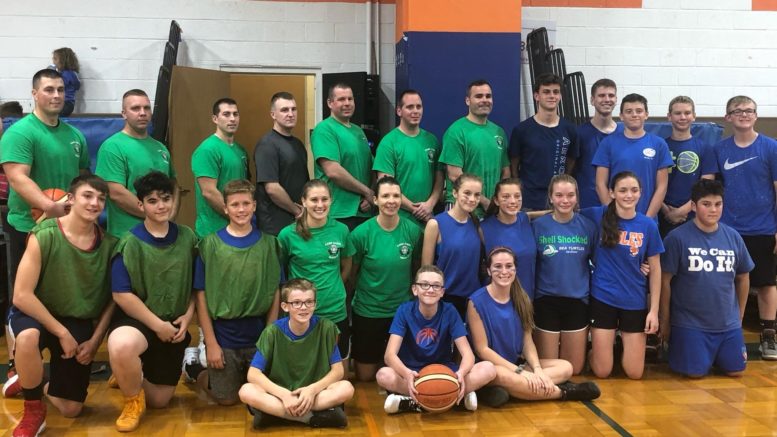 Pennsylvania State Troopers and area teenagers pose for a picture at halftime of the Troopers vs. Teens basketball game sponsored by the Harford First Congregational Church. The game was designed to have youth interact with State Troopers to promote positive decisions. The game held at Mountain View High School featured the game, activities between quarters for the younger audience, and an appearance from the Susquehanna County Dairy Promotion Court. The Troopers prevailed 57-52 in the entertaining and competitive contest. Photo courtesy of Diane Supancik. 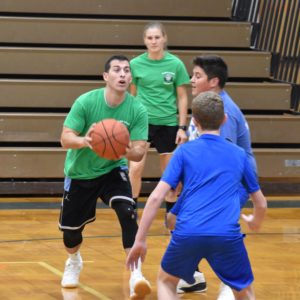 Pennsylvania State Trooper Nicholas Stoud looks to make a pass while being defended by Ryan Supancik (left) and Ricardo Hernandez (Right) during the Troopers vs Teens basketball game sponsored by the Harford First Congregational Church. Photo by Susan Gesford 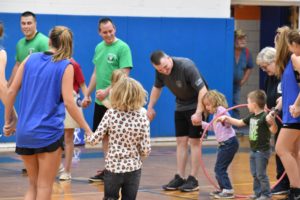 Be the first to comment on "Trooper vs Teens"