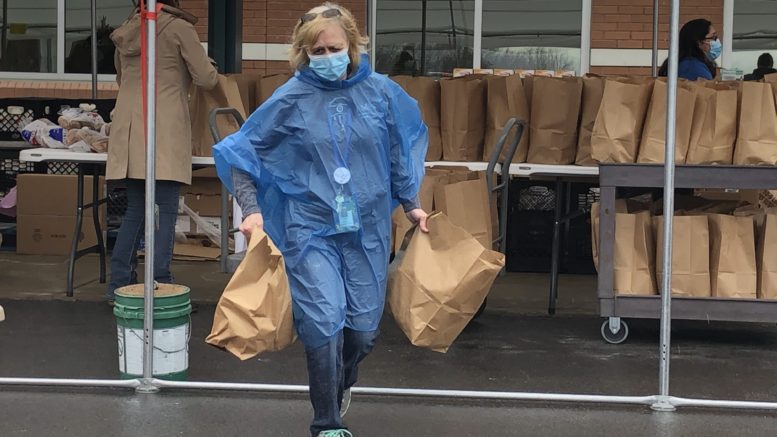 Endless Mountains Health Systems staffers loaded groceries into recipients’ cars on Friday, April 24, at the mobile food pantry distribution. About 240 people were signed up to receive groceries at the EMHS drive-through operation. It was one of three distributions that happened on Friday. STAFF PHOTO/STACI WILSON

Susquehanna County Commissioners Judy Herschel, Elizabeth Arnold and Alan Hall wore protective masks during the April 22 meeting. The virtual meeting was streamed on the county’s YouTube channel and a call-in number provided for members of the public wishing to ask questions or offer public comment. 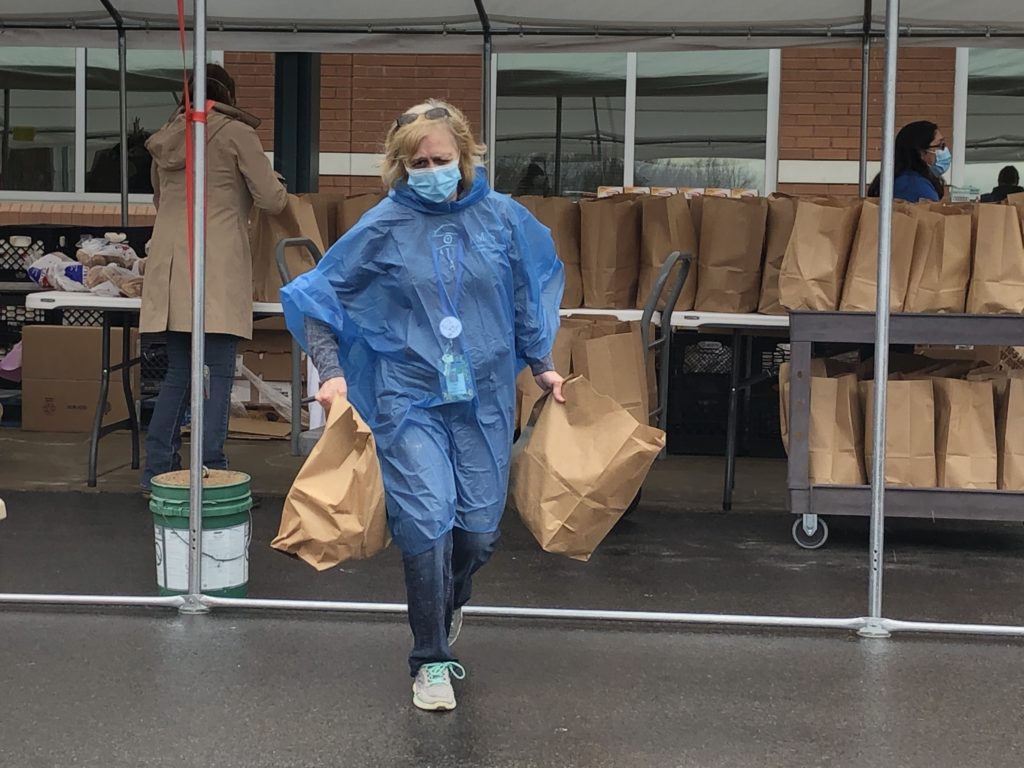 Endless Mountains Health Systems staffers loaded groceries into recipients’ cars on Friday, April 24, at the mobile food pantry distribution. About 240 people were signed up to receive groceries at the EMHS drive-through operation. It was one of three distributions that happened on Friday. STAFF PHOTO/STACI WILSON

Once again, the Susquehanna County Commissioners opened their meeting with a report from Bruce Butler, the county’s director of public safety.

Butler provided an update of COVID-19 related information, including the number of positive cases in the county, as well as the county’s response.

As of last week’s meeting, there were 71 confirmed cases of COVID-19 in the county. At press time, the state’s most recent data showed 81 positive cases in Susquehanna County. Cases associated with nursing homes in the county totaled 44 residents, nine employees and four deaths.

There have been no additional deaths from COVID-19 reported in the past week.

Butler noted that the call volume is down in the county 911 center. Public safety staff members are also taking part in numerous conference calls and meetings each week, he said.

In public comment, the commissioners were asked if the county could be opened up more.

Arnold said the county is waiting on direction from the governor.

Butler said the low frequency of cases is likely because county residents have been following the state’s recommendations and guidelines “from the very beginning.”

There was little official business on the meeting agenda. The commissioners approved Robert Templeton for a temporary Director of Planning position, effective May 1, and no more than 1,000 hours. Templeton was set to retire from the position this month.

Commissioner Judy Herschel reminded residents to complete the 2020 census; and Hall noted that mail-in ballots are available for voters and suggested residents look at the option.

Commissioner Elizabeth Arnold offered thanks to the community for the overwhelming outpouring of generosity during the county-wide food drive.

Arnold reported that enough food was collected to feed over 600 families.

Be the first to comment on "County provides COVID-19 update"