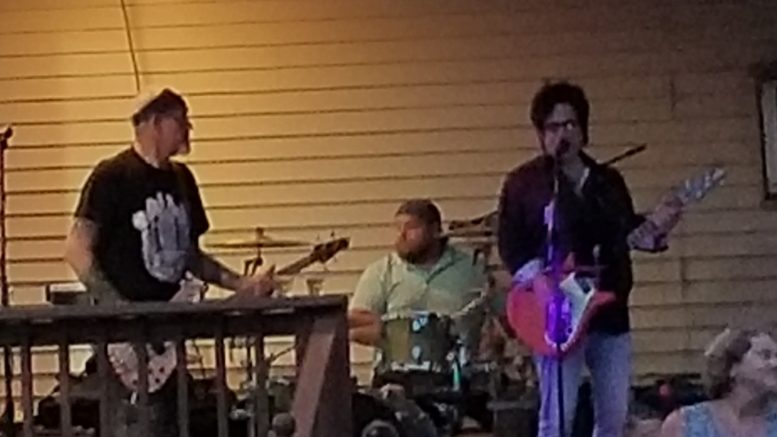 Local group Beard of Bees made their return to live performances on the deck of Jumbo’s No. 1, Conklin, N.Y., in June. As local establishments begin to reopen, area musicians are also returning to the stage. PHOTO BY JAMES GOFF 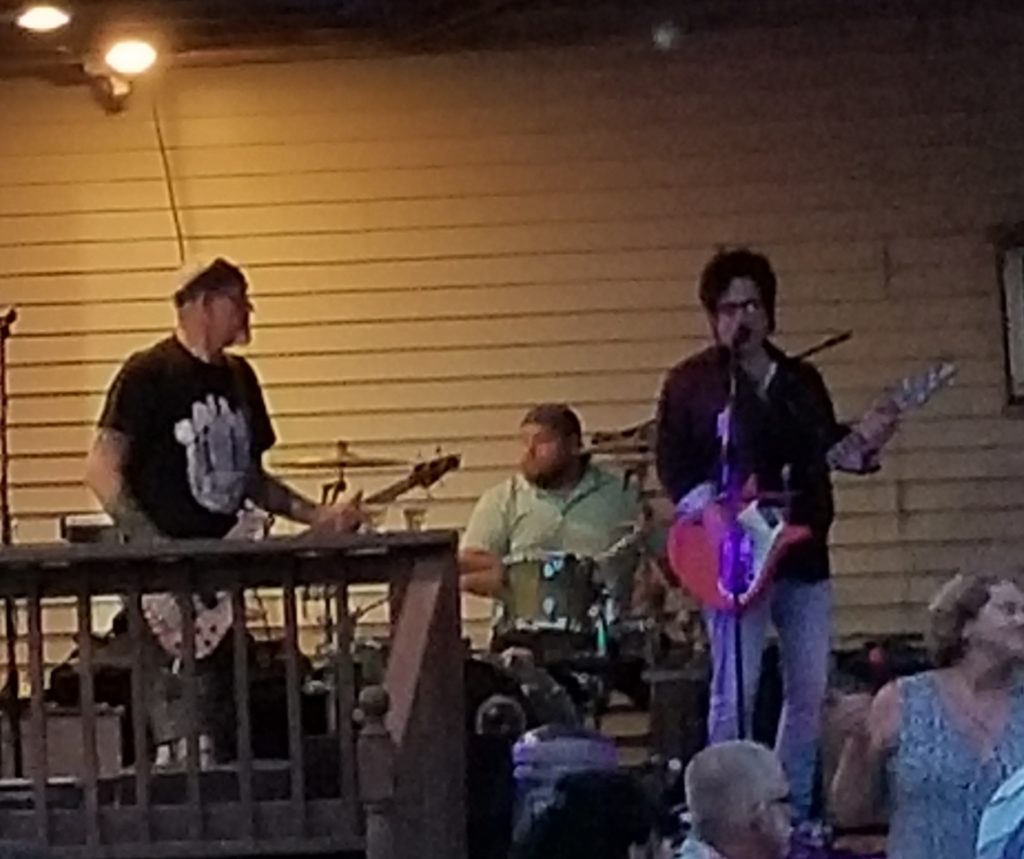 Local group Beard of Bees made their return to live performances on the deck of Jumbo’s No. 1, Conklin, N.Y., in June. As local establishments begin to reopen, area musicians are also returning to the stage. PHOTO BY JAMES GOFF

With Susquehanna and neighboring counties beginning to open up business, some community events are returning as well. Local bands such as Beard of Bees have started playing shows around the area. One of their first shows back from the three-month break came on a night outside Jumbo’s No. 1 in Conklin, N.Y., with lightning flashing in the distance, but thankfully little rain.

Jumbo’s No. 1 hosted the concert on their back deck, allowing for seating in the parking lot in lawn chairs or truck beds. Patrons were required to a wear a mask while inside, and all employees donned masks, as well.

As the threat of rain subsided, the band came alive. Crowd favorites from AC/DC to Tom Petty got the small crowd up and moving, while a small light machine on an attendee’s off-road vehicle made for a spectacle. The band danced, played, sang, and laughed, and afterwards spent time with their fans, some of whom travel for every show the band plays.

Chuck Morris, a New Milford resident and longtime friend of Pomeroy’s, was glad to be out and about again, and able to see his friend perform. “It’s nice to be able to go out, and really feel safe about it. I think the outdoor concert is a good idea; I’m able to sit in the comfort of my own truck and not have to worry.”

Other bands have also been organizing small shows, as rules permit it. From concerts at chicken barbecues to small parties, music seems to be coming back. With another two months of summer to look forward to, it will be dearly appreciated. With restaurants and bars opening, and the ice having grown so thick, nothing will be help break it more than local musicians creating a lively atmosphere in local businesses.

Beard of Bees’ members know this, and they are continuing their road to a return. New concerts are announced sporadically at this time on their Facebook page. Jumbo’s No. 1, as well as Tall Pines Player Club and Saint Joe’s Winery, have announced various shows on Facebook for the coming weeks. Frank Fruehan and Alex Creamer played at Tall Pines Players Club on June 30, and at Saint Joe’s Winery on July 3.

Saint Joe’s will also host Lonnie Griffiths on July 25, and Tim Ruffo on August 22. No Take Backs has announced a show in Kingsley on July 25. Friendly FYRE will be playing at Creekside Inn in Tunkhannock on July 11 at 8 p.m.

Ralph Pomeroy’s son, Jake Pomeroy, is also involved in music, and one of his bands, Carolina Moonlight, will be playing at McGirk’s Irish Pub in Binghamton, on July 10. He will be singing while close friend Craig Stanley plays guitar. It is their second band together. This, a country style group that plays live shows, while the other, Før the Better, is a more heavy rock group, which operates mostly through the recording studio in Pomeroy’s backyard.

As the county continues to open up and the nice weather continues to warm us, may there be sweet music played by our family and friends to lull us to late afternoon or late-night bliss.

Be the first to comment on "Live music makes a return"