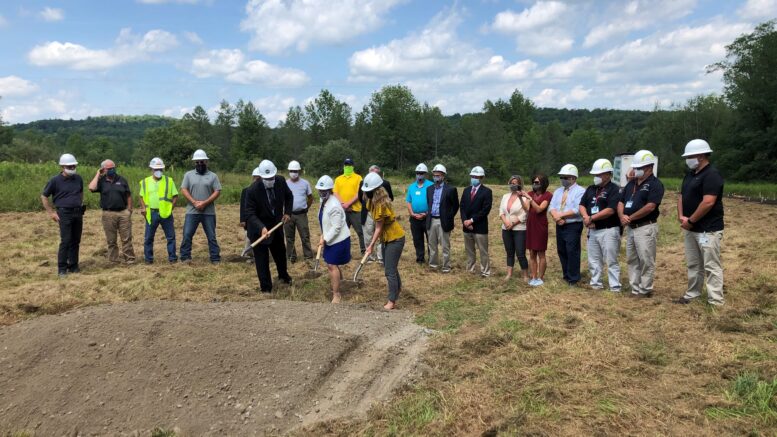 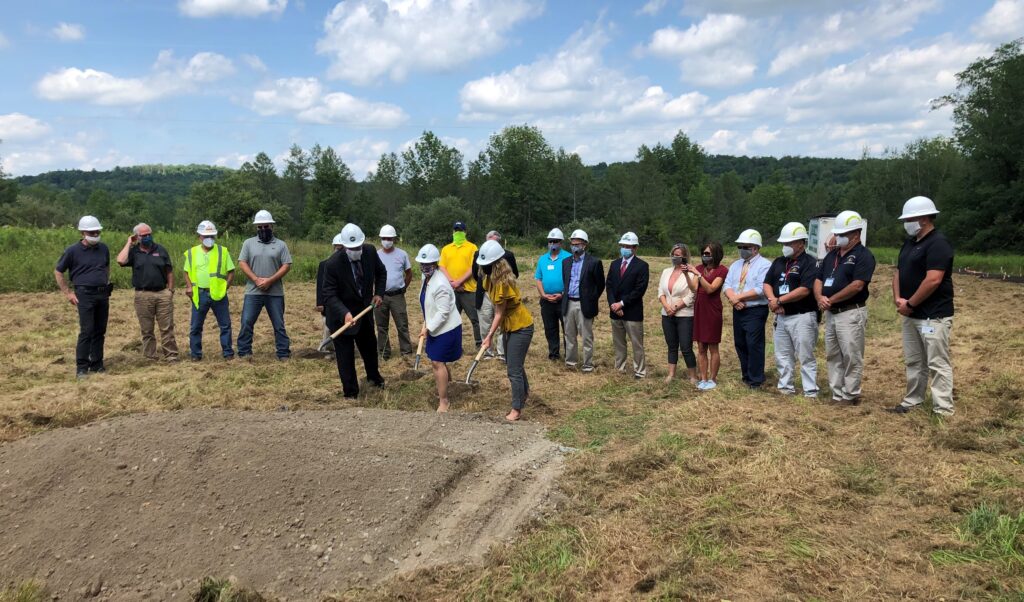 Architectural renderings of the new Public Safety Building, which will house the county’s Emergency Management and 911 departments, as well as the Coroner’s office and the New Milford District Court office. STAFF PHOTO/STACI WILSON

Nearly two decades ago, a public safety building in the county was merely wishful thinking. About eight years ago, plans started to take shape to make it a reality.

On Monday, Aug. 10, the county took a giant step forward in the process with a groundbreaking ceremony held at the site located off Route 848 in New Milford Twp.

Commissioner Elizabeth Arnold offered welcoming remarks to contractors, engineers, architects and county staffers present for the occasion. “This project started about eight years ago,” she said, “it has been a long, long road.”

Arnold said Susquehanna County is one of the last counties in the state to build a public safety facility.

Commissioner Alan Hall thanked those involved in the project for being “team players.”

“We have some of the best contractors in the state, if not the country, on this job,” he said.

Hall said the 35,000 square foot complex will be home to two buildings. The facility – which will house the county’s 911 center – “will take us to to the newest level of technology.”

“This is a $20 million facility and will not cost one penny of local money. It will provide services we need,” Hall said. A new communications tower will also be built on the site.

Earlier this summer, the commissioners awarded bids for the project to contractors. The general contracting bid award was challenged in court. But, the commissioners reported that suit was dismissed and an appeal of the decision is not expected.

Work on the project is starting now, with the completion of the facility expected in March 2021. Hall said he expects exterior construction to be completed by the time cold weather hits, so work can then move to the interior.

The facility will bring the county into compliance. The current set-up for emergency management and 911 utilizes the basement of the county office building in Montrose, as well as four offices on the main floor.

Susquehanna County Public Safety Director Bruce Butler said the new facility off of Interstate 81 will not only offer critical accessibility, but also aid as a distribution site as needed.

“We’ve worked for a lot of years to secure funding,” Butler said. “All the equipment we bring in will be brand new, state-of-art.”