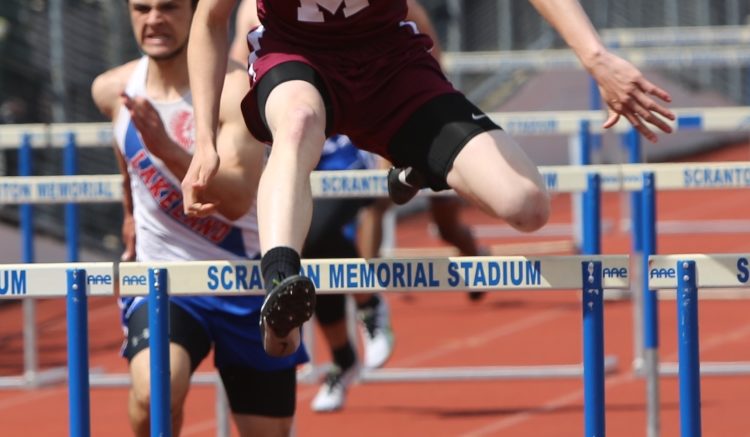 Montrose Area’s Collin Chidester was named to the Scranton Times All Regional team and to the Lackawanna Track Conference Division III-IV all star team. PHOTO BY ED KING

Collin Chidester stole the show in leading over a dozen local athletes to qualify for the PIAA State Championships to be held this weekend in Shippensburg.

Montrose’s Chidester won both the 110 and 300-meter hurdles at the PIAA District II championships last Wednesday at Scranton High School.

Chidester won the 110-meter hurdles in 15.32 just ahead of Lakeland’s Chase Nolan, and his Montrose teammate George Thompson.

He took the 300 hurdles in 40.79 and Thompson again finished third. 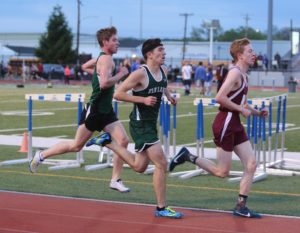 Joining Chidester, Mead, and the Meteor relay team in Shippensburg will be Blue Ridge’s Ryan Mills who finished second in the Triple Jump and Susquehanna’s Cory Bricourt who took Silver in the High Jump.

Bricourt earned a medal in the 110 Hurdles finishing fourth behind Chidester and Thompson.

Rogers earned a fourth-place medal in the 100-meter to go along with his relay medals. Aside from the 1600 Relay, he also finished third in the 400 Relay along with teammates Rohan, Gilhool, and Tracy Kerr.

In addition to Bricourt, Susquehanna had four other team members earn medals. CJ Stone and Jakub Tomczyk finished fourth and eighth, respectively, behind Bricourt in the High Jump. Austin Gow earned a sixth-place medal in the 1600-meter and Mason Deakin took eighth in the Triple Jump.

Be the first to comment on "Chidester collects golds"