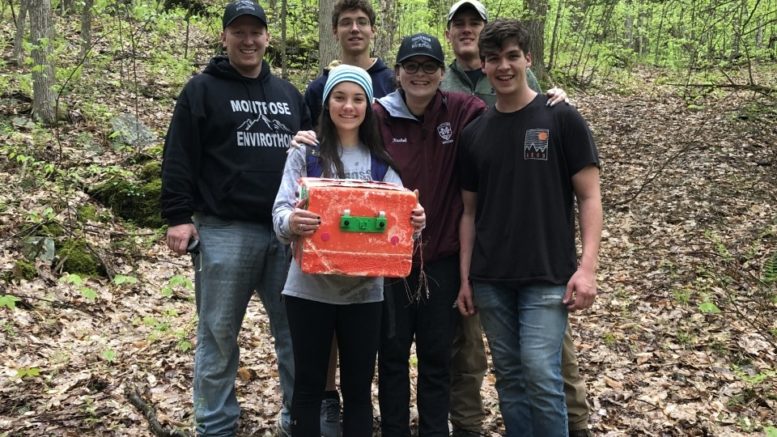 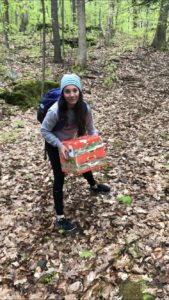 Michayla Stahl located the box of atmospheric instruments for a weather balloon. The balloon was blown off course after its release near Ithaca, NY. The student group found the box near Susquehanna.

A science class from the Montrose Area High School did a new friend a solid by tracking down a box of atmospheric instruments for a weather balloon blown off course after having been launched from upstate New York last week.

The group of eleventh- and twelfth-grade environmental science students from Anthony J. McKennas’ class found the instrument gondola Friday on top of a mountain just outside of Susquehanna after only about a 25 minute search.

“It took us to within 100 feet of the gondola,” McKenna said.

“The kids were pumped about it.  They were excited,” McKennas said.

McKennas’ class learned about the lost gondola via social media and contacted 13-year-old Elijah Horland who told them he had released the balloon near Buttermilk State Park near Ithaca, New York.

McKennas said that Horland was excited to hear he’d be getting his gondola back.  Horland is a self-taught maker and programmer who started building computers at 9.