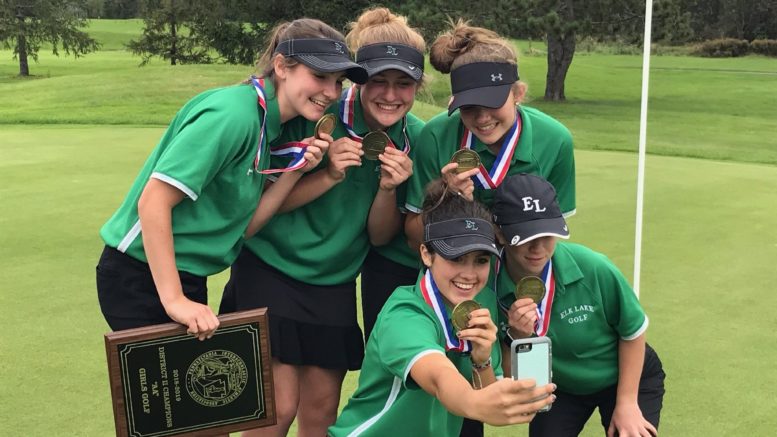 Returning state-qualifier Chloe Sipe and teammate Taegan Mills each shot an 86 on the Scranton Municipal to finish four shots behind Dunmore’s Ciera Toomey in the Class 2A qualifier.

Reese Warriner joined her teammates by shooting a 95 and Payton LaRue shot 100 to meet the qualifying score.

The foursome will compete for the District title September 30 at Fox Hill Country Club.

Sipe led the way with a round of 44 while LaRue and Mills finished with a 47 and 49 respectively.

Annalise Ely led the Lady Meteors with a 55 and was followed by Caroline Stack with a 57 and Theresa Vaccarro recorded a 59.

In a tri-match at Tall Pines, Elk Lake prevailed over Abington Heights and Tunkhannock as Sipe led the field with a 40.

The Lady Warriors shot a combined 133 to take the match. Mills finished with a 46 and was followed by LaRue’s 47 as Elk Lake again had the top three overall scores.