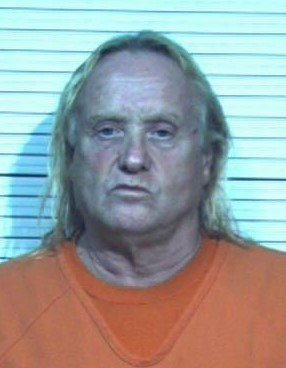 A New Milford man is behind bars after police say he attempted to lure children into a motor vehicle in Montrose.

Thomas Burchell, 64, was charged by Montrose Police Dept. Sgt. James Smith with a two counts –  one count is a second degree felony charge, the other is a misdemeanor count – of luring a child into a motor vehicle.

The charges stem from a Sept. 4 incident in Montrose Borough.

He is being held in the Susquehanna County Correctional Facility on $100,000 bail. A preliminary hearing was scheduled for Monday, Sept. 21.

According to the affidavit of probable cause, Montrose Borough Police were dispatched to a residence on Lake Avenue for a report of a male driving a sedan attempting to lure two children into the vehicle.

In the presence of a parent, the children related to police that they had been riding their bicycles when the man pulled up near them in his car and asked if they wanted any cheese puffs, according to the affidavit. The older child – age 15 – said she told the younger child to ride away and the man pulled up into the parking lot to enter where they were at. The children then rode over a hill to get away and to their home.

The victims’ mother again contacted police on Sept. 11 after her children saw a photo on social media of the man they said tried to get them to into his car. The man in the photo was identified as Burchell.

According to the affidavit, on Monday, Sept. 15, Sheriff Lance Benedict was contacted by the Rudolfo Scarfalloto, owner of the plaza on Route 706 in Bridgewater Twp., who reported that Burchell was on the property after being advised his was not permitted to be there.

On the scene Monday, Sgt. Smith asked Burchell about the event with the children riding the bicycles. According to the affidavit, Burchell responded, “I thought I knew the girl,” and said he believed her to be a woman he knew.

Sgt. Smith asked where that woman lived and her age, to which Burchell responded that he did not know where the woman lived but said she was about 30 years of age. The officer told Burchell the child he spoke with was 15 years old.

According to the affidavit, Burchell then said, “I want to talk to my lawyer.”

Earlier this summer, Burchell was charged by the Montrose Ptlm. Michael Badyrka with misdemeanor counts of indecent exposure and open lewdness in connection with a July 12 incident. Those charges were dismissed on Aug. 24 in Montrose District Court.

Burchell was also cited by Susquehanna County Detective Greg Deck for trespass on June 21 in New Milford Twp. and was found guilty on Sept. 9 in New Milford District Court.